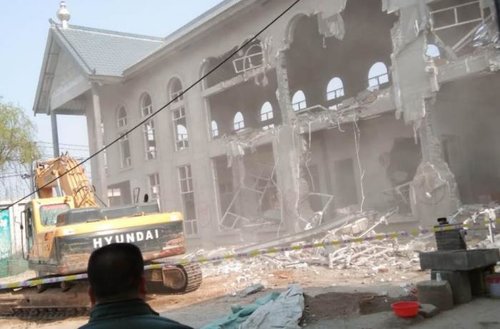 On a purely human level, the bargain that some Council Fathers thought they were striking at Vatican II is understandable (albeit unacceptable). The Church faced unprecedented persecution in the 20th century from totalitarian regimes around the globe. At the hands of both the National Socialists and atheistic Communism, Catholic clerics and laity were tortured and killed for their faith in numbers unseen for centuries. As the Council opened, the show trial of Cardinal Mindszenty of Hungary was still fresh in people’s minds and the violent persecution under Chairman Mao in China was bearing down on the Church. Many Council Fathers, thinking more as politicians and diplomats then as successors of the Apostles, hoped that by downplaying, obscuring, or simply refusing to mention elements of Catholic doctrine that were offensive to the totalitarians they could purchase a reprieve for the suffering members of the Mystical Body of Christ. By coming to terms with Liberalism and embracing Ecumenism and scrupulously avoiding any condemnation of atheistic Communism (notwithstanding the petition of hundreds of Council Fathers to do so which was “lost” in a drawer by the Council bureaucrats), they hoped to advance the work of the Church by pleasing the totalitarian tyrants.

Unfortunately, not only is this policy of Ostpolitik a betrayal of Our Lord Jesus Christ on the supernatural level, it is also imprudent and foolish on the natural level. The tyranny of the Liberal Revolutions (starting with the French Revolution) maintains a take-no-prisoners approach to its (futile) goal of obliterating the Church of Christ. Any small concession or reprieve in persecution obtained by compromising with the Revolution ultimately accomplishes nothing, even on the natural level. These minions of the Father of Lies cannot be trusted to honor any agreement and will simply take concessions by the Church and return to persecution from a stronger position.

Pope Francis has not learned the lesson of the past sixty years and continues to cling to the failed political policies of his predecessors. Barely six months ago, his Vatican concluded a secret agreement with the Chinese government that effectively legitimized the schismatic and Communist-controlled Chinese Patriotic Association counter-church in China and handed over to the Communist government the right to choose bishops for this vast territory. The Vatican also began putting pressure on legitimate and faithful underground bishops who had suffered persecution for their fidelity to the Church to resign their sees to make way for Communist bishops.

Like all prior attempts at appeasement of tyrants, this naive attempt to obtain “peace in our time” by capitulating to the tyrants was doomed to failure. Now, only half a year after the capitulation, reports of fresh persecution are escaping from behind the Chinese iron curtain.

According to Asia News, a local Chinese Communist government has just obliterated a Catholic parish building. According to the Asia News report, the building served a Catholic community of over 2,000 souls. The upper level was reportedly used for the liturgy and the lower level for an order of Catholic nuns that offered medical care to the community. This building was the only Catholic parish in the city of Shaanxi. Although no official motive has been announced by the Communist government for the reduction of the building to rubble, the diocese of Fengxiang in which the parish is located is the only diocese in China in which none of the faithful nor the bishop are members of the Communist-controlled Patriotic Association. Asia News reported that some observers clearly believe the destruction was an attempt to “persuade” more clerics and faithful to capitulate to the Communist Patriotic Association to whom the Pope has already surrendered. Other observers are reported as noting that this local “government is made up of radical Maoists, for whom ‘religion is a fantasy that must be eradicated’”.

Thus, while Pope Francis is happy to trot around the globe promoting a Masonic one world religion in which God has willed “the pluralism and the diversity of religions” (see, for example, this New York Times report), he almost never mentions the Christians who suffer brutal and often bloody persecution, among other places in the Middle East, Pakistan, India, and China. The capitulation and self-humiliation of the Vicar of Christ by denying the one true religion willed by God not only transgresses the First Commandment and offends Our Lord and Savior but on a purely political level it gains nothing but destroyed churches and more persecution.

You can watch the video of the destruction below: