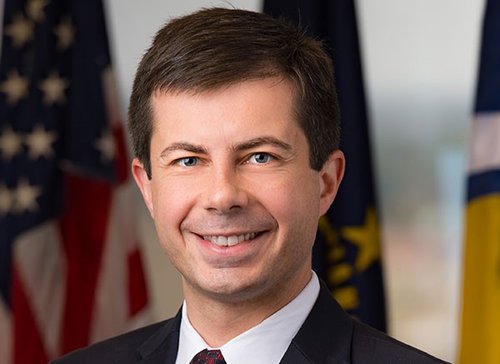 Pete Buttigieg for President: An Ominous Sign of the Times

With scarcely 470 days remaining before the 2020 Democratic National Convention in Milwaukee, the Democratic field of presidential candidates currently stands at eighteen. That does not include former Vice President Joe Biden, who by some measurements would top the field. Biden is making numerous public appearances these days, flagellating himself for his role in the 1991 Anita Hill hearing and lamenting today’s “white man’s culture.” That has not stopped a female Democratic candidate in Nevada from accusing Biden of inappropriate conduct with her as recently as 2014. As for the eighteen declared candidates, virtually all have serious drawbacks, to include lack of experience and name recognition. Anybody heard of John Delaney, Tulsi Gabbard, Jay Inslee, Wayne Messam, or Andrew Yang? How about Pete Buttigieg, mayor of South Bend, Indiana, who has formed an exploratory committee? Here’s betting that you will hear a lot more about Buttigieg who, if elected, would become not only the youngest but the first openly homosexual president.

What the Democratic field lacks in quality, it will no doubt atone for in predictability. Regardless of who gets the nomination, we can be sure that he (or she – there are six ladies) will be soft on immigration, hard on socialized medicine, and green on the environment. And, more importantly, hard over in favor of abortion and homosexual “rights.” The Democrats have already set the tone for 2020 with the March announcement of Joe Solmonese as the CEO for their national convention. Solmonese is a long-time political activist and avowed homosexual who has served with the trifecta of left-wing (and de facto anti-Catholic) lobbying organizations. That includes Emily’s List, which supports pro-abortion Democratic women for public office, the Human Rights Campaign, which is the nation’s most powerful homosexual advocacy organization, and most recently Planned Parenthood.

The Democrats have been steadily advancing the presence of “gay” public officials in recent years, without much national attention. The U.S. Senate now has two lesbian members (both Democrats), one of whom is “bisexual.” In the House of Representatives, there are currently eight openly homosexual members (also all Democrats), four of whom were first elected in 2018. Celebrity candidate “Beto” O’Rourke has been discovered to have publicly berated a Catholic priest and friend of Catholic Family News, Fr. Michael E. Rodriguez, for his defense of traditional marriage. In Michigan, Attorney General Dana Nessel, a self-described lesbian, appears to be effectively terminating Christian adoption services in her state because such organizations object to the placement of children with homosexual couples. Wikipedia notes that the legislatures of 46 states currently have at least one openly homosexual member and that the vast majority of these are Democrats. And just last week, Chicagoans elected their first-ever lesbian mayor. (We can only imagine the reaction in the chancery of Cardinal Blase Cupich.)

This takes us to Pete Buttigieg, or “Mayor Pete” as he is known in South Bend. At age 37, his resume is thin but nonetheless impressive: Harvard College, a Rhodes Scholar, a naval reserve officer with a tour in Afghanistan, and fluency in several languages. His platform includes support for universal healthcare and legalization of marijuana, as well as abolishing the Electoral College and expanding (some would say packing) the Supreme Court to fifteen justices. On the personal side, Buttigieg (pronounced boot-a-judge) was president and valedictorian of his Catholic high school in South Bend and both of his parents were professors at Notre Dame. His father, an immigrant from Malta, was a Marxist who celebrated the Communist Manifesto and became fascinated with the career of Antonio Gramsci, one of the founders of the Italian Communist Party. (Another example of Notre Dame’s abandonment of Catholic culture, if it were needed.)

He began “dating” a junior high school teacher named Chasten Glezman in 2015 and the two were “married” in June of 2018 in a private ceremony. Terming himself a devout Episcopalian, Buttigieg has cited St. Augustine and the heretical Fr. James Martin among his spiritual influences. Apparently, when it comes to homosexuality, Buttigieg prefers Fr. Martin’s interpretation over that of Augustine, who wrote in his Confessions that “those shameful acts against nature, such as were committed in Sodom, ought everywhere and always to be detested and punished.”

At this early point in the campaign, Buttigieg may be a long shot, but no more so than, say, Jimmy Carter was at this point in 1975, or even Barack Obama in 2007. He will have to earn his own votes in the primaries, just as any other candidate. However, I can’t help thinking that behind the scenes there will be a serious, almost desperate attempt by left-wing organizations and related amorphous entities, fueled by massive levels of Soros-style funding, to crown Buttigieg as their nominee. What better way to claim that homosexuals have “arrived” in Western culture than to put a sodomite in the White House? What better way to trump (no pun intended) two millennia of Catholic teaching and prove the Church and Christian morality irrelevant to modern times? What better way to confuse or discourage hundreds of thousands of Catholic students when they are taught about the Gospel of life and sexual morality? What better justification for a law which bans any kind of “discrimination” against homosexuals, even to include the local neighborhood bakery which declines to make a “gay” wedding cake? Surely, such an action would be checkmate for the Catholic Church in the United States, at least in the view of the left.

All of which points to the American Catholic bishops, who for so long have been as silent as church mice on all matters sexual. Attempts to measure the fidelity of Catholics in the pews to Church doctrine are yielding abysmal results, thanks in large measure to the bishops’ abdication of their teaching duties. For example, a hefty 67% of Catholics “favor” homosexual “marriage” (and only 28% oppose), according to a 2018 Pew Poll. The numbers for abortion are not much better. Sadly, the events of the last 10 months have given us conclusive evidence as to why the bishops are silent. So many of them see nothing wrong with homosexuality—indeed, some even practice it themselves!

The nomination of a “gay” major party candidate for national office is just a matter of time, and may be a matter of mere months. Even if Buttigieg fails in 2020, his youth, charisma, and ambition will surely put him on the national stage again soon. And Buttigieg is indirectly flaunting his homosexuality by attacks on Vice President Mike Pence. On Sunday, he gratuitously stated that if Pence has “a problem with who I am, your problem is not with me — your quarrel, sir, is with my creator.”

I believe the Democrats are forcing a day of reckoning on the nation’s Catholic bishops. They will no longer be able to hide behind the excuse that a candidate is running for a “minor” office, such as state representative. Let’s fast-forward to the Al Smith Dinner in New York during October, 2020. Will Cardinal Timothy Dolan, who sat comfortably with the pro-homosexual, pro-abortion Hillary Clinton in 2016, find the resolve (or even see the need) to decline an invitation to Pete Buttigieg? Or will the funds for Catholic charities be more important? (Recall that Dolan blew an earlier teachable moment about homosexuality on national television back in 2014.)

Will the new archbishop of Washington, the pro-homosexual Wilton Gregory, see any problems in joining hands with President Buttigieg at a national prayer breakfast? The fact that Gregory has personally invited the notorious Fr. James Martin to speak in his archdiocese should answer that question.

Even with the departure of Cardinal McCarrick (mercifully, now Mr. McCarrick) the USCCB remains dominated by a cabal of senior clerics whose politics and philosophy seem nearly in lock-step with the Democratic Party—Cardinals Wuerl (now archbishop emeritus of Washington), Tobin, Cupich, Dolan, O’Malley, and Archbishop Gregory. 2020 may be the final teachable opportunity for America’s bishops. Their failure to act is impacting the faithful in the pews, the salvation of souls, and arguably the future of the United States.