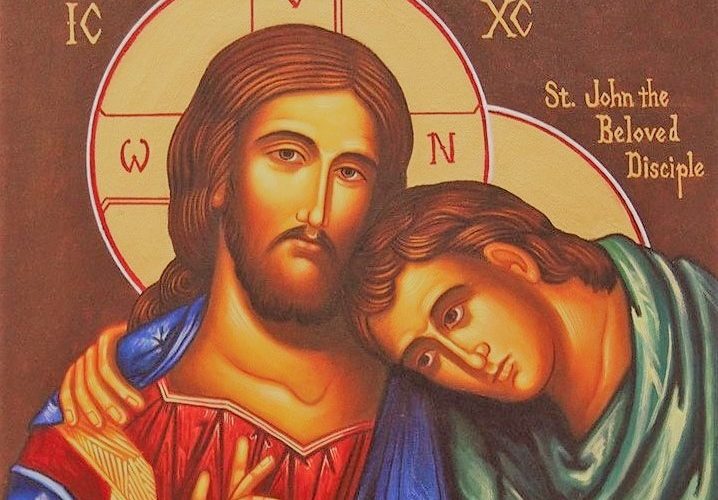 “These things I have spoken to you, that in Me you may have peace. In the world you shall have distress: but have confidence, I have overcome the world.” ~ John 16:33

Editor’s Note: On the Feast of St. John the Apostle and third day within the Octave of Our Lord’s Nativity, we offer readers this third and final installment of a series whose importance will no doubt only increase throughout the approaching new year (Part I and Part II also available). As the author aptly concludes, “Instead of being driven to madness over the latest papal utterance that has no real bearing on the Faith, we must immerse ourselves in the traditional liturgy, the massive body of spiritual works of the great saints and mystics, and an intense prayer life. Love for the Church compels us to oppose the Pope, materially, and love for the Church compels us to defend him, formally.” May we all strive to do so, for the greater glory of God and the salvation and sanctification of souls!

An argument sometimes put forth is that this or that statement of the Pope constitutes heresy per a violation of some dogma of the Church’s Ordinary Universal Magisterium.

First, of course, whether or not a material heresy is actually formal (pertinacious – the sin of heresy) is another question, as is the Church’s judgement concerning pertinacity, as discussed in Part II of this series.

Furthermore, it should be noted that, apart from these things, determining the body of the infallible content of the OUM is not as easy as might be thought. The Catholic Encyclopedia makes this point regarding the OUM as an organ of infallibility:

“…while for subsequent ages down to our own day it continues to be theoretically true that the Church may, by the exercise of this ordinary teaching authority arrive at a final and infallible decision regarding doctrinal questions, it is true at the same time that in practice it may be impossible to prove conclusively that such unanimity as may exist has a strictly definitive value in any particular case, unless it has been embodied in a decree of an ecumenical council, or in the ex cathedra teaching of the pope, or, at least, in some definite formula such as the Athanasian Creed. Hence, for practical purposes and in so far as the special question of infallibility is concerned, we may neglect the so-called magisterium ordinarium (‘ordinary magisterium’) and confine our attention to ecumenical councils and the pope.” (Emphasis added)

The OUM, by definition, is universal across both time and space. For a doctrine to belong to this infallible organ, it must be demonstrable that it has been taught essentially “always and everywhere.”

“The infallibility of the Ordinary Magisterium… is not that of a judgement, not that of an act to be considered in isolation… It is that of the guarantee bestowed on a doctrine by the simultaneous or continuous convergence of a plurality of affirmations and explanations; none of which could bring positive certitude if it were taken by itself alone.”[1]

So, while there is no doubt that Tradition teaches that capital punishment is morally licit, whether or not this is an infallible teaching of the OUM is another matter, academically speaking.

Christ’s promise that the gates of hell themselves have no power over His Church (cf. Matt. 16:18) should always be our consolation. Ott puts it beautifully:

“The intrinsic reason for the indefectibility of the Church of Christ lies in her inner relation with Christ, Who is the foundation of the Church (1 Cor 3:11) and with the Holy Ghost Who indwells in her as essence in life principle.”[2]

With these two groups we can include those who refuse to acknowledge the Pope whom the Church does, who thus also deny the indefectibility of the Church in practice. For them, as for Luther, the visible Church has failed, not just materially, but completely.

St. Bellarmine explains that the Savior’s promise (which entails both indefectibility and the closely related property of visibility) is upheld by reason itself:

“…it is proved by natural reason. Firstly, if at some time only an invisible Church remained in the world, then at some time salvation was impossible for those who are outside the Church, since they cannot be saved unless they enter the Church…but they could not enter a Church that they were ignorant of, therefore they have no remedy.”[4]

The great Doctor is teaching that reason itself demands the Church be both indefectible and formally visible, because if she did not always exist or was not recognizable, formally, it could not be possible for Christ to create the demand that men enter her for salvation.

It might be noted that since formal Church membership is generally, but not specifically, necessary, there may be times when the Church seems virtually invisible, and whereby souls at that time are dispensed from such obligation. This would be a sort of broader form of Baptism of Desire.

The Council of Trent teaches:

“If anyone saith, that the sacraments of the New Law are not necessary unto salvation, but superfluous; and that, without them, or without the desire thereof, men obtain of God, through faith alone, the grace of justification; though all (the sacraments) are not indeed necessary for every individual: let him be anathema.”[5]

Just as the desire for Baptism can substitute for water baptism and bring the associated graces, this objection goes, desire to enter the true Church would suffice for actually doing so. While that is no doubt essentially true (and nothing new), it has nothing to do with the Church’s formal visibility and indefectibility.

Again, there is no doubt that, today, the Church’s supernatural nature is materially obscured. The sins of churchmen, the proliferation of novel, vague, and/or contradictory teachings, and the dilution and corruption of her liturgy serve to turn the face of the Church into something abhorrent, just as the Savior’s perfect countenance was horribly disfigured during His Passion.

But these things are unrelated to the Church’s formal reality, as the Church’s body of doctrine has not been disturbed, and the hierarchy is intact. The Church is visible via these things, especially the former, wherein her immutable beauty is and will always be unperturbed.

So, the Church remains indefectible, and as visible, formally, as ever.

The Key to Peace – A Properly Informed Intellect

A large part of the key to maintaining peace today is to simply understand Church doctrine well enough to know that Pope Francis is not threatening the Church, formally, which is and will remain intact. Those who lack peace in the present crisis are largely those who lament, “This is not possible,” and despair because they believe the Church should not be able to suffer like this. Yet it is possible, and a full and proper understanding of what the Church teaches about her nature makes this clear.

Having personal peace at this time is not to be confused with lacking empathy for those who do not, or, especially, those who are suffering from unjust persecution, the lack of availability of reverent sacraments and solid doctrine, and the other manifestations of the evil of the crisis.

Let us not forget the dogmatic teaching of the Church regarding the very raison d’être of the papal office:

“For the Holy Spirit was promised to the successors of Peter not so that they might, by His revelation, make known some new doctrine, but that, by His assistance, they might religiously guard and faithfully expound the revelation or deposit of faith transmitted by the apostles. Indeed, their apostolic teaching was embraced by all the venerable fathers and reverenced and followed by all the holy orthodox doctors, for they knew very well that this See of St. Peter always remains unblemished by any error, in accordance with the divine promise of our Lord and Savior to the prince of His disciples: ‘I have prayed for you that your faith may not fail; and when you have turned again, strengthen your brethren.’ [Luke 22:32]”[6] (Emphasis added)

Yet, the current Pope’s closest advisors brag that he not only fails to guard and expound the Deposit of Faith (Scripture and Tradition), but ignores it, preferring the novelty of his own “God of surprises” instead. Novelty has always been the mark of the heterodox, and thus it can be safely ignored.

In short, in terms of teaching, this Pope can be safely ignored in practice, personally, and resisted, publicly. We must acknowledge him as the formal head of the Body, but resist the heterodox interpretations of Amoris Laetitia, ignore the vague nonsense of Laudato Si, and the rest of his non-binding, non-Catholic novelty.

Instead of being driven to madness over the latest papal utterance that has no real bearing on the Faith, we must immerse ourselves in the traditional liturgy, the massive body of spiritual works of the great saints and mystics, and an intense prayer life.

Fr. Kevin Robinson, who is represented by CFN columnist Chris Ferrara of the Thomas More Society, was interviewed on Fox News by Tucker Carlson. Governor Phil Murphy (D) of New Jersey enacted one of the most...