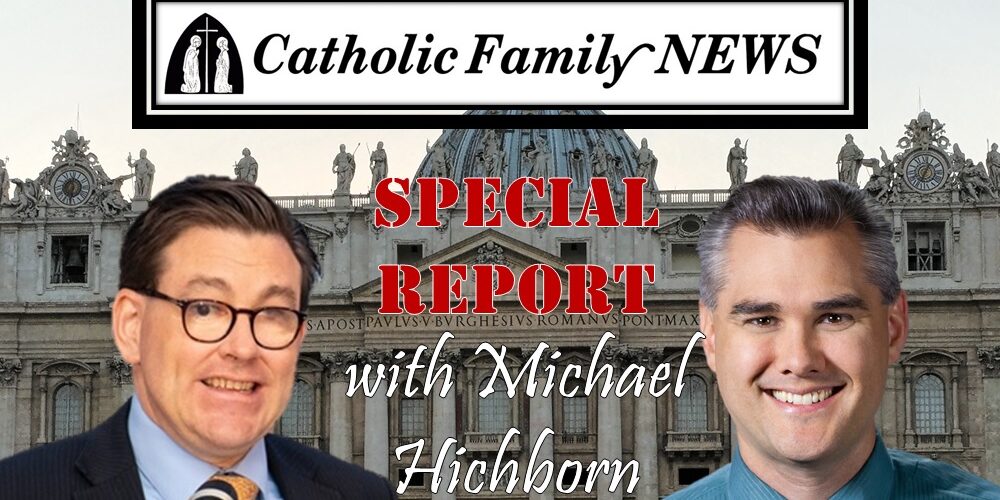 CFN editor-in-chief Brian McCall interviews Michael Hichborn, founder and president of the Lepanto Institute, about his organization’s response to a complaint from the Association of United States Catholic Priests (AUSCP), a group notorious for supporting heretical positions such as women’s ordination and the normalization of homosexual vice. As Mr. Hichborn explains, the AUSCP recently wrote to him “in response to Lepanto once again labeling AUSCP a heretical organization on its website,” which the group says “is the prerogative of the Vatican, not yourself.”

The Lepanto Institute’s formal response (published Feb. 23, 2022) thoroughly documents various heretical positions held by the AUSCP and calls upon the group to answer 18 yes/no questions regarding such things as women’s ordination, the nature and effects of the Sacrament of Holy Orders, the immutability of Divine Revelation (Scripture and Tradition) and Catholic dogma, the intrinsically disordered nature of homosexual desires and evil nature of homosexual acts, the evil nature of contraception, and more.