For God So Loved the World: Christmas in Salvation History

“For what things soever were written, were written for our learning: that through patience and the comfort of the Scriptures, we might have hope.” (Romans 15:4)

On behalf of everyone at Catholic Family News, we wish all of our readers and their families a very Merry Christmas! May the peace and joy of Christ the King be yours throughout the New Year! — Brian McCall and Matt Gaspers

“In the beginning … God created man to His own image; to the image of God He created him. Male and female He created them.”[1] God created both man and woman with an intellect to know Him, a free will to choose Him, and a heart to love Him above all things. He loved Adam and Eve so much, in fact, that He filled their souls with His own divine life, a supernatural gift we call sanctifying grace. After creating them with these and other gifts, God called Adam and Eve to trust Him and obey His word, but tragically they chose to disobey.

The “old serpent, who is called the devil and satan,”[2] convinced Eve to doubt the truth and goodness of God, which led her and then Adam to eat the forbidden fruit. As a result, they lost the gift of sanctifying grace for themselves and their descendants. They also experienced a darkening of their minds, which made it difficult for them to know the truth, and a weakening of their wills, making it hard for them to choose the good. We too experience such darkness and weakness because of the deeply wounded human nature we inherited from them. And ultimately, by their sin and “by the envy of the devil, death came into the world.”[3]

“But God, Who is rich in mercy,”[4] did not abandon Adam and Eve after they had sinned. He promised that someday one of their descendants would crush the head of satan,[5] the evil fallen angel who had deceived them. Over the course of several centuries, the Lord renewed His promise of redemption with His chosen ones: Noah and his family, Abraham and Sarah, Isaac and Rebekah, and Jacob and his sons. From the tribe of Juda, son of Jacob, God chose a humble shepherd boy named David to be king over His people Israel. He solemnly promised David: “And thy house shall be faithful, and thy kingdom for ever before thy face: and thy throne shall be firm forever.”[6]

Though David was a man after God’s own heart,[7] many of his descendants who occupied his throne were not. They turned away from the Lord, the one true God, and led the people astray into the worship of false gods and many other terrible sins. As punishment for this rebellion, God allowed foreign armies to destroy and carry away His people into exile. Yet even after being rejected so many times, the Lord had mercy and renewed His promise to raise up “a horn of salvation … in the house of David His servant.”[8] He spoke thus through the prophet Isaias: “Behold a Virgin shall conceive and bear a Son: and His Name shall be called Emmanuel,”[9]  “which being interpreted is, God with us.”[10] God Himself would come to save His people.

In the Garden of Eden, God had allowed a fallen angel to tempt the first woman, but to the town of Nazareth He sent His holy angel Gabriel “to a Virgin espoused to a man whose name was Joseph, of the house of David: and the Virgin’s name was Mary.”[11] This was the young woman whom God had prepared to be the New Eve and true “mother of all the living.”[12] When Gabriel greeted Mary, he called her “full of grace,”[13] which means that when God created Mary, He filled her with the same gift He had given to Adam and Eve, sanctifying grace. This made it possible for Mary to fulfill her totally unique role in God’s plan of salvation.

St. Gabriel went on to announce the divine plan: “Fear not, Mary, for thou hast found grace with God. Behold thou shalt conceive in thy womb, and shalt bring forth a Son; and thou shalt call His Name Jesus. He shall be great, and shall be called the Son of the Most High; and the Lord God shall give unto Him the throne of David His father; and He shall reign in the house of Jacob forever. And of His kingdom there shall be no end.”[14] When Mary asked how this great miracle would be accomplished, the holy angel explained: “The Holy Ghost shall come upon thee, and the power of the Most High shall overshadow thee. And therefore also the Holy which shall be born of thee shall be called the Son of God.”[15]

God gave Mary the freedom to accept or reject His plan, just as He gave Eve the freedom to choose. Thanks be to God, Mary chose to respond with humility and faith: “Behold the handmaid of the Lord: be it done to me according to thy word.”[16] With these words, the eternal Word of the Father, the only-begotten Son of God, was made flesh in her womb. Mary became the Mother of God, the Virgin foretold by Isaias, as well as “the cause of salvation for herself and for the whole human race. … Thus, the knot of Eve’s disobedience was loosed by the obedience of Mary. What the virgin Eve had bound in unbelief, the Virgin Mary loosed through faith.”[17]

After nine months of waiting and preparing, the time came for the promised Savior to be born. Mary and Joseph travelled to Bethlehem, the city of David, to be enrolled in Joseph’s ancestral town according to the decree of the Roman Emperor. “And it came to pass, that when they were there, her days were accomplished, that she should be delivered. And she brought forth her firstborn Son, and wrapped Him up in swaddling clothes, and laid Him in a manger; because there was no room for them in the inn.”[18]  Jesus, “the Lion of the tribe of Juda, the Root of David,”[19] was born in Bethlehem to fulfill what was written by the prophet Micheas: “And thou, Bethlehem Ephrata, art a little one among the thousands of Juda: out of thee shall He come forth unto Me that is to be the ruler in Israel: and His going forth is from the beginning, from the days of eternity.”[20]

The humility shown by Jesus in His birth should captivate our minds and hearts, just as it did for the shepherds who came to see the newborn King. He, the eternal Son of God, a Divine Person worthy of all honor and glory, chose to be born in a cold, dirty, smelly abode for animals. The “King of kings and Lord of lords”[21] was laid not in a soft, warm crib but in a food trough. God made Himself so small and vulnerable and was born into such poverty to make Himself approachable for us. He hid His almighty power and majesty so that we would not be afraid to come to Him.

Jesus continues to do the same for us in the Holy Eucharist. He hides Himself — His Body, Blood, Soul, and Divinity — under the appearance of bread and wine so we will not be afraid to receive Him. Just as He was born in Bethlehem, which means “house of bread,” so also does He want to be born and dwell in our hearts, He Who is “the living Bread which came down from heaven.”[22] Let us make sure our hearts are soft and warm for Jesus each time we receive Him in Holy Communion.

“When Jesus therefore was born in Bethlehem of Juda, in the days of king Herod, behold, there came wise men from the east to Jerusalem. Saying, ‘Where is He that is born king of the Jews? For we have seen His star in the east, and are come to adore Him.’”[23] The Magi expected to find Jesus in the royal palace in Jerusalem; however, the star led them onward to Bethlehem “until it came and stood over where the Child was. And seeing the star they rejoiced with exceeding great joy. And entering into the house, they found the Child with Mary His Mother, and falling down they adored Him; and opening their treasures, they offered Him gifts: gold, frankincense, and myrrh.”[24]

The three gifts point to the identity and mission of Jesus. Gold, a symbol of royalty, shows that He is the promised “Son of David”[25] Who came to re-establish God’s Kingdom on earth. Frankincense, a sign of priestly service, reveals that He is the “great high priest”[26] Who “appeared for the destruction of sin by the sacrifice of Himself,”[27] a supreme act of obedience to make up for Adam and Eve’s disobedience.[28] And myrrh, a precious ointment, points to His death and burial, after which the holy women intended to anoint His sacred body.[29]

The gifts of the three wise men were certainly special, but there is a much more valuable gift that Jesus longs to receive. It does not come from faraway lands and you cannot purchase it at any store. The gift Jesus wants more than anything else is our hearts. “My son,” He says to each of us, “give Me thy heart: and let thy eyes keep My ways.”[30] Jesus gave all of Himself for us on the Cross and He gives all of Himself to us in the Most Blessed Sacrament. In response to His great love, let us give all of ourselves to Him this Christmas and every day of our lives. Venite, adoremus — Come, let us adore Him!

This article first appeared in the December 2016 print edition of Catholic Family News.

Want more great Catholic content? SUBSCRIBE to Catholic Family News and help support our work! DONATIONS are also accepted and greatly appreciated. God bless you and thanks for reading!

Christmas Incarnation Nativity Redemption The Annunciation The Church The Epiphany 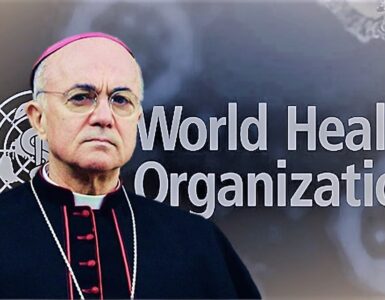