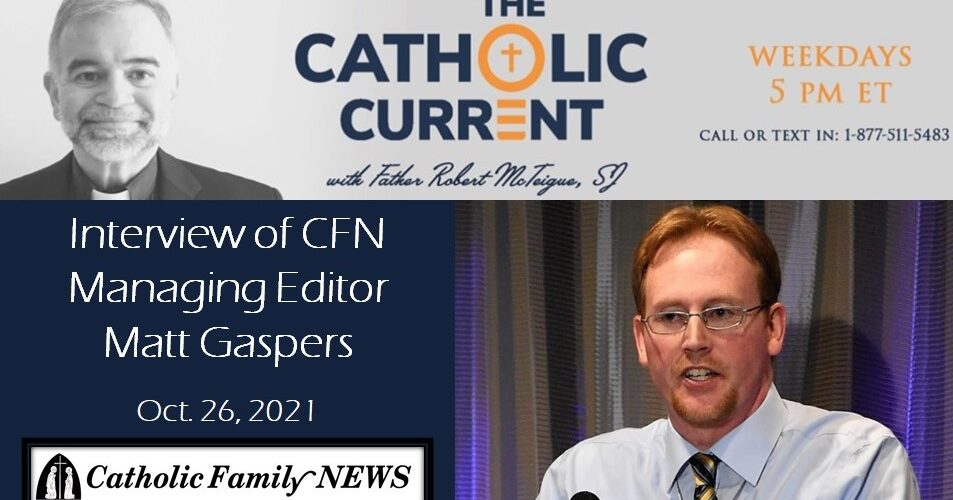 INTERVIEW: Matt Gaspers on The Catholic Current — Synod on Synodality

Today, CFN managing editor Matt Gaspers was interviewed on The Catholic Current, a radio program produced by The Station of the Cross (see below for full audio).

Fr. Robert McTeigue, S.J., host of the show, and Mr. Gaspers discussed the so-called Synod on Synodality, which officially opened in Rome the weekend of Oct. 9-10, 2021 and in dioceses around the world the following Sunday. They looked at the contents of the Preparatory Document and Handbook, as well as Pope Francis’ address at the opening “Moment of Reflection” (Oct. 9, 2021), attempting to decipher the true purpose of the two-year “synodal journey”.

Related to the topics synodality and inculturation, Fr. McTeigue and Gaspers also touched upon the schismatic/heretical German Synodal Path and the possibility of an Amazonian rite of Mass being created for use in the Amazon region, a proposal found in the Final Document of the Amazon Synod (n. 119).