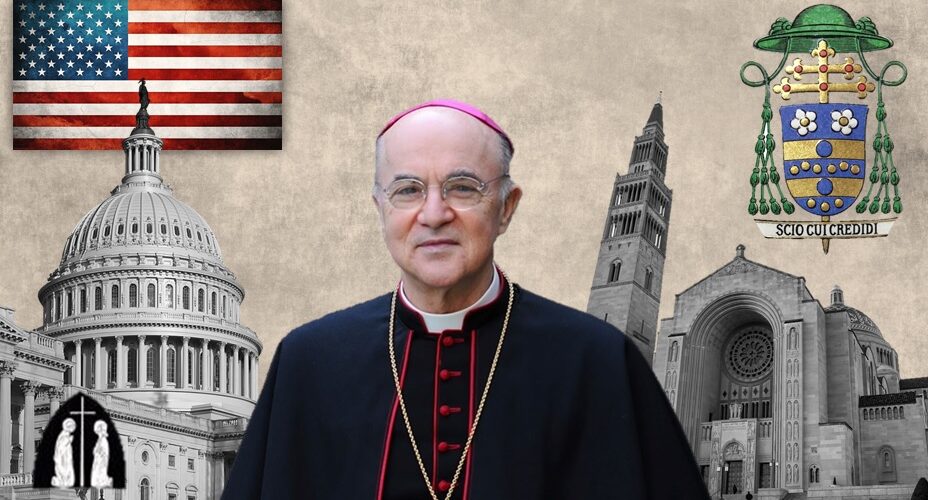 Archbishop Carlo Maria Viganò has sent a letter of encouragement to America and a prayer for our use at this time in history (available as a PDF here). Below is his letter, followed by a downloadable image of the prayer. (Scroll to the bottom of the page to find the prayer.) OREMUS!

You can listen to EIC Brian McCall read the letter and prayer:

Dear brothers and sisters in Christ,

I am with you at this historic moment for the future of the United States of America and the whole world. The forces of Evil have gathered in a coalition against God, against our Christian Civilization, against our beloved Country, against the family, against order and law, against the values for which our forefathers fought and gave their lives. Against all mankind, in order to subjugate it to its infernal tyranny.

As Christians, we are citizens of the heavenly Jerusalem; as Americans, you are citizens – under God – of this great Nation. Be proud to courageously defend, as true patriots, the values that have made America great and which form the basis of your country’s freedom and peace, harmony and prosperity.

The children of darkness have sought to subvert the outcome of the presidential elections, through such deception and fraud as to suggest a real attack on the very foundations of human social coexistence. As lawyers and magistrates investigate the abuses and crimes committed, let us turn to the Lord, the Supreme Judge, through the intercession of Mary Most Holy, our powerful Advocate. This is the “Supreme Court” to which we can and must appeal, that the Will of God may be fulfilled, and Truth may triumph over falsehood.