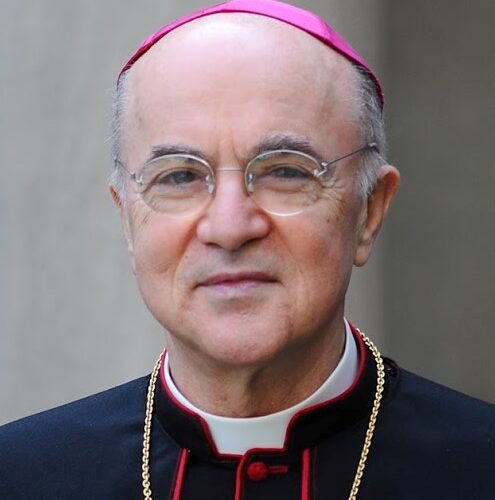 BREAKING: Abp. Viganò Calls McCarrick Report “Fraudulent…Reconstruction of the Facts” that Attempts to Blames Him for Vatican Cover-up

Editor’s Note: Archbishop Carlo Maria Viganò has released a brief initial reaction to the Vatican’s release of a 461-page report on the scandalous McCarrick affair. CFN will soon release an article on the report itself, but for now we are publishing the Archbishop’s statement (see below). For now, all we can say to the Archbishop is to quote the words of Our Lord in Matthew 5:11-12: “Blessed are ye when they shall revile you, and persecute you, and speak all that is evil against you, untruly, for My sake: Be glad and rejoice, for your reward is very great in heaven.”

Today the official Report of the Holy See regarding the McCarrick case has been made public. Before I express myself on its merit, I will take time to analyze its content.

However, I cannot fail to note the surreal operation of mystification regarding who are the ones responsible for covering up the scandals of the deposed American cardinal, and at the same time I cannot help expressing my indignation in seeing the same accusations of cover up being made against me, when in fact I repeatedly denounced the inaction of the Holy See in the face of the gravity of the accusations concerning McCarrick’s conduct.

An unprejudiced commentator would note the more than suspicious timing of the report’s publication, as well as the attempt to throw discredit upon me, accused of disobedience and negligence by those who have every interest in delegitimizing the one who brought to light an unparalleled network of corruption and immorality. The effrontery and fraudulent character shown on this occasion would seem to require, at this point, that we call this suggestive reconstruction of the facts “The Viganò Report,” sparing the reader the unpleasant surprise of seeing reality adulterated once again. But this would have required intellectual honesty, even before love for justice and the truth.

Unlike many characters involved in this story, I do not have any reason to fear that the truth will contradict my denunciations, nor am I in any way blackmailable. Anyone who launches unfounded accusations with the sole purpose of distracting the attention of public opinion will have the bitter surprise of finding that the operation conducted against me will not have any effect, other than giving further proof of the corruption and bad faith of those who for too long have been silent, made denials, and turned their gaze elsewhere, who today must be held accountable. The Vatican fiction continues.