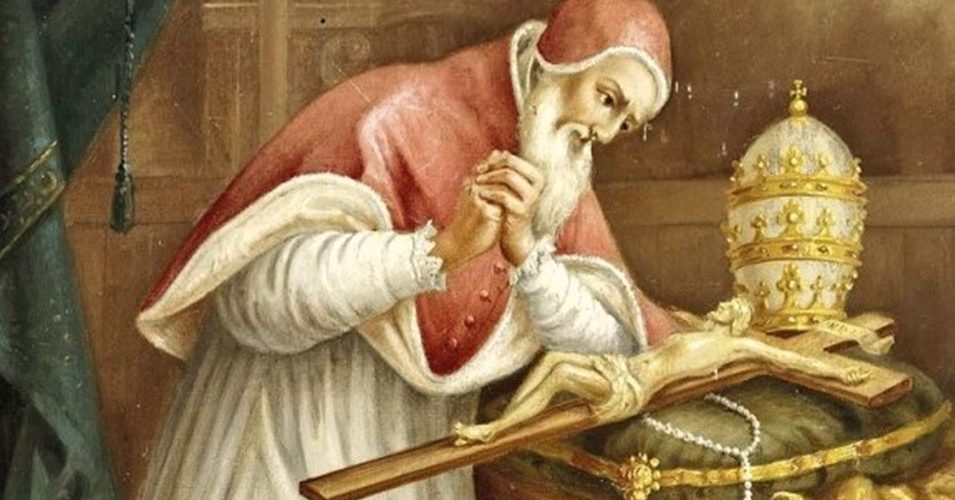 I write to you today on the feast of the last pope to be canonized before St. Pius X. Traditionalists tend to think of St. Pius V as the pope who canonized the True Mass and guaranteed the right of every priest of the Roman Rite to use this Missal in perpetuity. Although Quo Primum is clearly an important aspect of his pontificate, St. Pius V did much more.

A lesser known aspect of his great pontificate is that St. Pius V undertook the reform of the Eternal City, Rome. When he ascended to the throne of St. Peter, Rome was in a grave state of moral decay. The excesses of the humanistic Renaissance had turned the city into one of great moral corruption. Brothels and prostitution were among the vices openly practiced. One of the sainted pope’s first projects was to clean up the Eternal City, from which he had prostitution and moral corruption banned. Liberal historians that pay attention to this great man tend to criticize him for his strong measures, incapable as they are of distinguishing the sin from the sinner. The pope, like his Master, had compassion for the prostitutes and worked to establish programs to bring them out of their sin, just as Our Lord sought to redeem St. Mary Magdalene. Yet, this compassion for the person was never a toleration of sin. In a few short years, St. Pius V had greatly improved the moral character of the capital of Christendom. He is a model for our times.

Unlike our current pontiff, who has fled behind the walls of the Vatican to plot more attacks on the Church (such as the new commission to “study” female deacons), St. Pius V went out into Rome to call her to conversion. We all know the wisdom of the adage to get our own house in order. We need a pope who reforms the City of Rome first. He must purge it of Modernism and the New Mass. He must make Rome a model of the true Church. Then, and only then can Rome be the city set on a hill to inspire the entire Church. Pope Francis seems to love the title “Bishop of Rome”. He seems to prefer it to the more preeminent title of “Vicar of Christ”. Yet, he has not been a true bishop to his people. He has refused to lead them from Modernism to Truth. He, like almost every bishop in the world, has abandoned them in this time of civil unrest.

Only a pope can save Rome and the Church. We, as mere lay people, cannot effect the ultimate resurrection of the Church. Only Christ can do that, but He has chosen to do so through a true Vicar. What can we do? We can pray that Christ delivers Rome and His Church from the current crisis. We can keep the Faith alive. We can continue to point out the doctrinal and liturgical brothels of the Eternal City wherein man and not God is worshipped.

This is what we strive to do every day at Catholic Family News. We keep the flame of truth alive and document the corruption that strives against that truth. And we desperately need your help to keep doing this work.

Beyond praying for us, the next most important thing you can do is subscribe to the newspaper. Subscriptions are the primary means of supporting all we do in the apostolate: the monthly paper, the website, and our weekly news and other video productions. With your help, we can continue this work until God raises up another St. Pius V to reform the Eternal City and beyond. St. Pius V, pray for us!

In Christ the King,