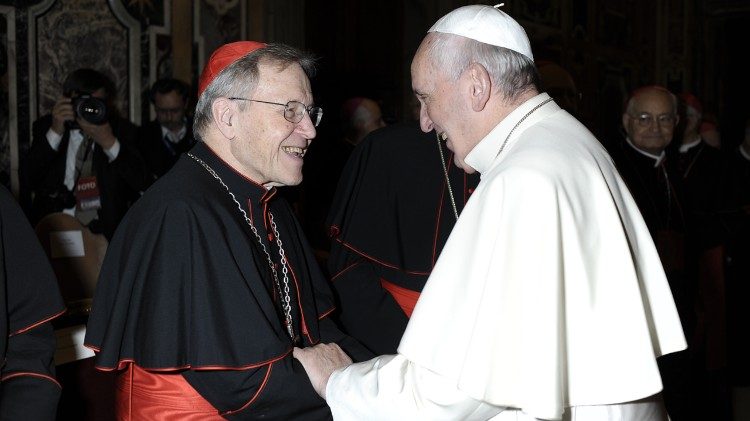 From the Cardinal’s Mouth: More Proof that Querida Amazonia Kept Francis’ Church on a Revolutionary Path

On February 17, 2020, Catholic Family News published a detailed assessment of Querida Amazonia (QA), Pope Francis’ Apostolic Exhortation following on the Amazon Synod. The gravity of the errors and dangers of this document has not been recognized by many, even among those whose voices were raised in warning during the Synod.

We at CFN were, therefore, delighted to read an article by Dr. Maike Hickson – “Cardinal Kasper considered how Pope Francis could introduce female ministry. Here’s how it happened” – published by LifeSiteNews on February 24, 2020. Not only does Hickson share our conclusion that QA opens the door to the most radical transformations of the Church “with an Amazonian face,” but she offers additional evidence that supports our interpretation of QA.

Hickson quotes Cardinal Walter Kasper from a statement given in the months prior to the Synod that lays out a plan for creating female deacons in all but name only. Cardinal Kasper was the mastermind behind the radical attack on the sanctity of marriage in Amoris Laetitia that opened the door to sacrilegious Communion for public adulterers.

According to Hickson, Kasper declared that with respect to resurrecting the alleged role of female “deacons” from the ancient Church, he had in mind something much more revolutionary. He made clear that the goal was to establish exactly what Pope Francis calls for in QA—women who receive a commission from the bishop to do everything a priest does with only two exceptions. He makes clear that this is more far-reaching than anyone looking back to the ancient Church had in mind. Hickson quotes him as saying:

“The Church is free to carry out the vocation of women to these offices with the help of a non-sacramental, liturgical blessing; and in the presence of the whole congregation and within the celebration of the Holy Eucharist (for example in the context of the Prayers of the Faithful).”

This passage, which looks like an earlier version of QA 103, is striking because what is described sounds very close to the simulation of a sacrament, in light of Kasper’s description of what he envisions (a sacramental blessing, during the “Eucharist”, at the time when a deacon would be ordained). Given the incredible ambiguity of the new rites, it is likely that a typical lay person would see this “blessing” as identical to ordination to the diaconate. In reality, Kasper argues there is no ordination so the traditionalists cannot claim anything has changed except in appearances, even though these events will be virtually indistinguishable from an ordination to the sacramental diaconate. This “blessing” will be a gateway for these women to do almost anything a priest can do.

Kasper, whom Francis has praised and endorsed, was the mastermind behind the attack on the indissolubility of marriage, and from reading QA he clearly was quarterbacking this attack on the sacred priesthood, as well.