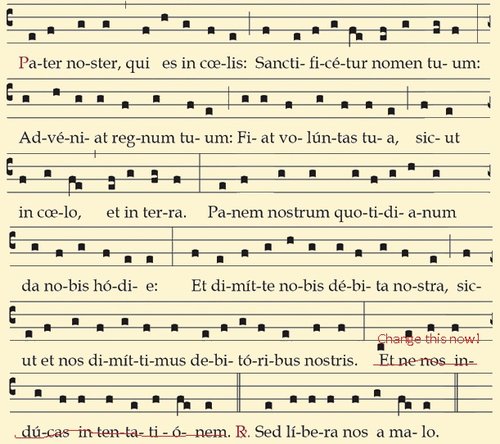 Pope Francis Finally Gets His Wish to Rewrite the Our Father

It is being reported that Pope Francis has finally realized his desire to rewrite the words of the Our Father, at least in the Italian version. Various news sources have been reporting since 2017 (see here, for example) that Pope Francis thought it was time to rewrite the Our Father because the line, “Lead us not into temptation,” is too confusing. Too bad Francis wasn’t around in Galilee in the years 30-33 A.D. as he could have saved Our Lord 2,000 years of trouble by improving the prayer Our Lord composed Himself!

According to the Daily Wire, “‘On May 22nd during the General Assembly of the Episcopal Conference of Italy, President Cardinal Gualtiero Bassetti announced the approval of a third edition of the Messale Romano,” reports [UCatholic]. The revised translation will include changes to the Lord’s Prayer and Gloria. The Lord’s Prayer will change from ‘and lead us not into temptation’ to ‘do not let us fall into temptation.’”

I recall a remark of John Vennari when John Paul II tried to change the Rosary by inserting a new set of mysteries. John exclaimed, “Is nothing sacred to these people!” This rewriting of the prayer composed by Our Lord Himself — rendered by St. Jerome in the Latin Vulgate as et ne nos inducas in temptationem (faithfully translated as “and lead us not into temptation” in English) — reminds us of the diagnosis of Modernist as Reformer made by Pope St. Pius X in his great encyclical Pascendi Dominici Gregis:

From all that has preceded, it is abundantly clear how great and how eager is the passion of such men [Modernists] for innovation. In all Catholicism there is absolutely nothing on which it does not fasten. They wish philosophy to be reformed. … They desire the reform of theology. … As for history, it must be written and taught only according to their methods and modern principles. Dogmas and their evolution, they affirm, are to be harmonized with science and history. … Regarding worship, they say, the number of external devotions is to be reduced, and steps must be taken to prevent their further increase. … They cry out that ecclesiastical government requires to be reformed in all its branches, but especially in its disciplinary and dogmatic departments. … The Roman Congregations and especially the Index and the Holy Office, must be likewise modified. The ecclesiastical authority must alter its line of conduct in the social and political world. … With regard to morals, they adopt the principle of the Americanists, that the active virtues are more important than the passive, and are to be more encouraged in practice. They ask that the clergy should return to their primitive humility and poverty, and that in their ideas and action they should admit the principles of Modernism; and there are some who, gladly listening to the teaching of their Protestant masters, would desire the suppression of the celibacy of the clergy. What is there left in the Church which is not to be reformed by them and according to their principles? (n. 38)

In addition to noting that Pope St. Pius X presents an incredibly accurate summary of Pope Francis’ pontificate thus far, we now know that not even the Lord’s Prayer itself is to be “left” unchanged.

It should be no surprise that after over 40 years of misrepresenting Our Lord’s words at the very moment of the Consecration during the New Mass (rendering pro multis as “for all” instead of “for many”)—an egregious error that decades too late Pope Benedict tried to repair but which has been widely disobeyed—that the very prayer composed by Our Lord when teaching us how to pray would be up for revision. Maybe Francis’ next move will be to rename the prayer, “Our Lord and Bergoglio’s Prayer,” so as to give proper attribution to the new co-author!

Other sources are also reporting (but it could not be confirmed by CFN ) that at the same time the words of the Gloria in excelsis — taken directly from the words spoken by the angels to the shepherds on Christmas (cf. Luke 2:14) — were also being altered in the Italian.

The reign of novelty and destruction never sleeps!

PDF Button CFN Editor-in-Chief Brian McCall was happy to be one of the first guests on a new podcast channel, Civitatis Dei International (International City of God). McCall discusses Catholic teaching on usury and... 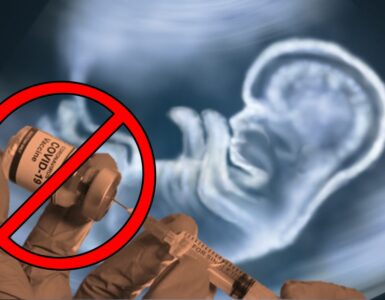