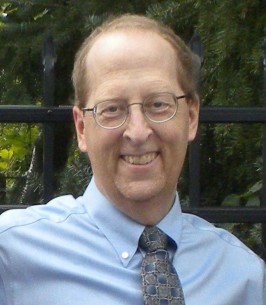 His End Was in His Beginning: In Memory of Greg Latz

On Friday, the day of the Passion of our Lord, the Church Militant saw one of her soldiers in arms lay down his weapons. He joined either the ranks of the Church Suffering or Triumphant. Although we must pray for the repose of his soul, he appeared to have already suffered a purifying Purgatory on earth the last seventeen months as he battled cancer.

Gregory Paul Latz went to his final judgement on May 17, 2019 in the early hours of the morning surrounded by his family, including his eldest son—a first year seminarian. Greg’s life was a journey from Tradition and back again. Born in Dallas, Texas on March 18, 1959, Greg was born into the Pre-Vatican II Church. He would have only been ten years old when the Rite of his birth was stolen from him and the universal Church and a new banal one substituted. Like many of us who grew up in the 1960s and 1970s, Greg had to find his own way to the Traditional Mass, back to the Church into which he was born. The journey back to Tradition was a journey of a lifetime.

Greg was a 1977 graduate of Monona Grove High School in Monona, Wisconsin, and a 1984 graduate of the University of Wisconsin-Madison where he earned a BS in Agricultural Mechanization and Management. On April 4, 1987 he married his beloved wife, Jane Elizabeth Gedemer, at St. Thomas the Apostle Catholic Church in Canyon Lake, Texas. For 32 years Jane would be his faithful partner on his road back to Tradition as they fought and sacrificed to raise their children in a Church and world that had been turned upside down since 1959.

After the couple moved to Indianapolis, Greg worked in construction management services until he and Jane realized the only safe option at that time to educate their children was home education. Greg left the work force to begin taking charge of the education of his children. He became an active member in the Indianapolis Catholic Homeschooling Apostolate (ICHSA). Like many other Traditional Catholics, homeschooling eventually led them to the Traditional Latin Mass. After finding the Mass of his birth, he became a founding and longtime member of the Latin Mass choir and men’s schola at Holy Rosary Catholic Church in Indianapolis. Since 2012 he and the family have been members of St. Joseph’s Traditional Catholic Church in Greenwood, Indiana where Greg served as treasurer for several years. Ironically they settled in Carthage, Indiana, a town named for the great enemy of Rome in the ancient world. In this little town in Indiana inside the Latz home, Rome—the eternal Rome of Catholic Tradition— conquered a part of Carthage yet again.

Once they found the true Mass, Greg and Jane became dedicated and devoted to the Mass and the Traditional doctrine that it expresses. Fortified by the Traditional Mass, Greg persevered in his work to educate his children in the Traditional Catholic Faith. He educated his two daughters, Theresa Marie and Kristina Anne through high school. Both girls went on to graduate from St. Mary’s College in St. Mary’s Kansas. Kristina became an incredibly talented pianist and has been teaching in St. Mary’s and continuing her education. Theresa was valedictorian of her college class and taught for many years in St. Mary’s until she returned home this year to relieve Kristina who had been helping her mother to care for Greg since his cancer battle began in earnest. Greg educated his two sons Michael Joseph and Thomas Justin through seventh grade. Both boys entered Notre Dame de La Salette Boys Academy in Illinois I starting in their eighth grade year. I remember when Michael was first applying to the Academy. Finances were tight and the school tuition would be a challenge. Greg was not sure how they could afford it, but after learning what a phenomenal Catholic formation the boys could get there, he told me he was going to send Michael and find a way to afford it somehow. His trust in Providence was inspiring. Thomas is still a student at the Academy while his older brother Michael graduated last year. I remember how proud Greg was for Michael to graduate even though, due to his debilitating illness, he could not be in the building for the graduation. (The Academy was able to live stream the graduation so Greg could watch it.) Around Christmas in his senior year Michael told his parents he was applying to St. Thomas Aquinas Seminary to try a vocation to the sacred priesthood. It was just at this time that Greg learned he had an aggressive form of cancer.

Greg suffered intensely in the last year and a half of his life. Yet, I have not seen someone suffer such physical pain with such incredible dignity and peace of soul. Until the final battle of the past few weeks he fought with all his strength to beat the cancer. Although he never spoke to me of it, I sensed one reason he fought was so he might live to see the day his son might be ordained to the priesthood. Yet, God had other plans for Greg and He seems to have wanted to call him home sooner. After a final battle with intense infections, Greg realized that God’s will for him had become clear and he prepared himself for a holy death. I was told by a friend who saw him the Sunday before he died that he was conscious and at peace with his clearly imminent death. Fortified by the last sacraments, Greg died at home surrounded by his loving family—his two boys back form school and seminary and his wife and daughters who had cared for him in his struggle—who accompanied their father and husband all the way to the final gateway on this his last journey on earth.

Greg did not build a cathedral or endow a Catholic university. He did not admonish a pope to return to Rome. Yet, he lived a life of heroic virtue; he did his duty; he finished the race. In an age when so many people die unprovided and unholy deaths, it is consoling to know he died as he lived, well. He had come home to the Church and Mass as it was when he entered this world and he will be buried according to her ancient Rites. We may not be able to end the crisis in the Church but we can man the front line in our own homes and families. We can perform our duties of state. When we find the true Mass and the true Church we can cling to it with all our might. If we do, we will walk the same path Greg did to his holy death. Requiescat in pace.

This version corrects an earlier version that incorrectly stated a detail about the graduation of Greg’s oldest son. 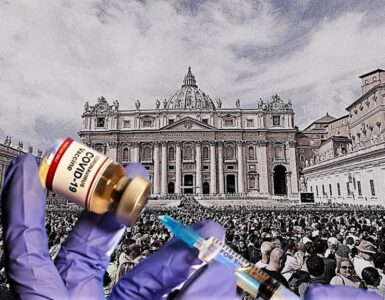