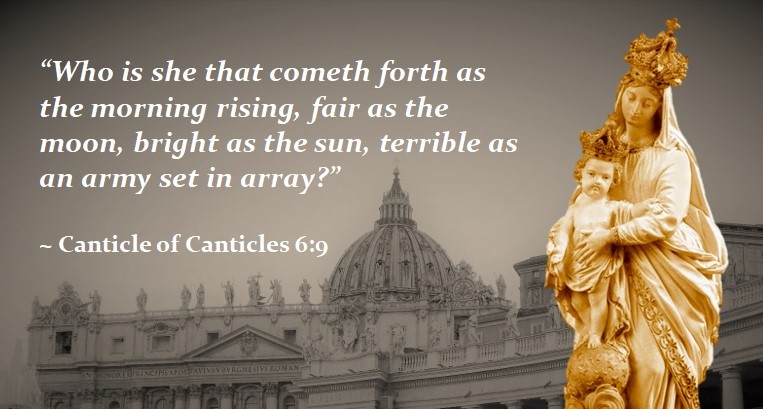 “For God hath not given us the spirit of fear: but of power and of love and of sobriety.” ~ 2 Timothy 1:7

On February 21, the Vatican will open a summit of the presidents of the Bishops’ Conferences from all over the world to address the topic of “The Protection of Minors in the Church”. First called by Pope Francis last September in consultation with his Council of Cardinals (“C9”), the meeting is largely a response to the new wave of sexual abuse revelations which rocked the Church in America last summer, particularly those involving the recently laicized Theodore McCarrick (found guilty of several “delicts” by the CDF in Rome) as well as the Pennsylvania grand jury report.

On the eve of the Vatican summit, an international coalition of lay people known as Acies Ordinata has organized a public demonstration in Piazza San Silvestro in the center of Rome. Catholic Family News has asked several questions of Professor Roberto de Mattei, president of the Lepanto Foundation and organizer of this event. CFN thanks Professor de Mattei for his willingness to conduct this interview and encourages readers to follow the demonstration online by visiting the official website, www.aciesordinata.org.

Catholic Family News (CFN): First of all, Professor, what is your judgment about the summit that will take place at the Vatican from February 21 to 24?

Roberto de Mattei (RDM): The Vatican summit is dedicated to sexual abuse, a topic which is absolutely reductive, because the grave moral crisis which exists within the Church is certainly not limited to the problem of pedophilia. It seems scandalous to me that the question of homosexuality is not being officially addressed, because homosexuality is a much more widespread plague than pedophilia and constitutes one of its causes. Homosexuality is not only practiced, it is promoted and protected by organized networks, as Archbishop Carlo Maria Viganò has correctly affirmed [see here, here, and here – Ed.].

CFN: This seems to also be the thesis of the homosexual activist Frédéric Martel, in the book Sodom, which is being released this week.

RDM: It seems to be that Martel’s book represents a frontal attack by the international “gay lobby” against the Catholic Church, her doctrine, and her institutions. Martel says that he worked for four years on this book, travelling to 30 different countries and interviewing 1,500 people. If this is true, he certainly did not do it on his own. Who funded him? Who organized the spectacular media operation which is presently issuing the book simultaneously in seven languages and 20 countries by all of the biggest publishers? And why is the book coming out on the eve of the Vatican summit, if not for the purpose of creating threatening pressure on the bishops gathered in Rome? The thesis of the book is that whoever condemns homosexuality is a homophobe who is hiding repressed homosexuality in himself. Thus, it says that everyone is homosexual, and what needs to be torn down is hypocrisy, which is after all what Pope Francis says, and the author praises him for being “gay friendly.” It says there is a need to “normalize” sodomy within the Church, disqualifying everyone who opposes this process, beginning with Cardinal Burke, who is ridiculed in the book in a chapter that is vulgar and inconsistent.

CFN: What are the reasons that the Vatican is minimizing the problem of sodomy in the clergy while emphasizing pedophilia?

RDM: The fundamental reason is so as not to upset the rapport between the Church and the world. For the Church, there exists an absolute and universal law, the Ten Commandments, which may not be violated because they are written in the conscience of every single human being. For the world, however, no moral law exists. The rule of civil coexistence is summarized by Article 4 of the Declaration on Human Rights of the citizen of the French Revolution, which says: “Liberty consists in being able to do whatever does not harm others.” The point of reference is not a superior law common to all men, but rather the “other” considered as the one limit to the affirmation of one’s own will to power. The State is thus the supreme regulator of individual selfishness, and crimes such as pedophilia are condemned not because they violate the moral law but because they consist of an act of violence against our neighbor. Whoever practices homosexuality or concubinage with a consenting adult does not harm their neighbor and is thus completely free to satisfy his own desires, however disordered they may be. This sort of Enlightenment philosophy is accepted today by the supreme authority of the Church, ignoring the concept of the moral law and recognizing as crimes only those actions which are condemned by the secular State. The result is that in matters regarding crimes such as pedophilia, the Holy See today conforms itself to the judgments of guilt or innocence made by civil trials, refusing to investigate and hold trials of its own, except when it becomes necessary in order not to lose “credibility” in the sight of the world, as has happened with the “McCarrick case”. It seems that for Francis, the Church, if she wants to be credible, must adapt herself to the criteria of the world rather than opposing herself to it.

CFN: What should the Vatican summit concretely do in order to avoid failure?

RDM: The Pastors of the Church, who bear responsibility for their flock before God, ought to recall that there exists a moral law which is valid for all men, which it is not permitted to violate, and as a result they ought to condemn and punish grave faults like homosexuality but also affirm the existence of forgotten Christian virtues, such as chastity, which are indispensable for those who dedicate their life to the Lord. If the synod limits itself to the problem of sexual abuse, without saying a word about the plague of homosexuality which infests the Church, if it remains silent about the homosexual lobby and the cover-up of the ecclesiastical “gay-friendly” environment, this synod will have betrayed its mission. The synod will also betray its mission if it limits itself to denouncing only certain symptoms of the crisis while remaining silent on its deeper causes, which stem from the years of the Second Vatican Council and the post-conciliar years, when the process of the disintegration of Catholic morality began.

CFN: The slogan of your demonstration is: “In silence to tear down the wall of silence.” What exactly is this silence?

RDM: The wall of silence is the silence which we see today in the Church, when Pope Francis systematically refuses to respond to appeals, to dubia, to petitions, and even to corrections which have been made of him and to him since the beginning of his pontificate. Certain scholars like Eric Voegelin and Augusto Del Noce have identified this ban on questions as one of the characteristics of totalitarianism. In the clash between utopia and reality, for dictators it is reality that must bend to utopia. This is a strategy of silence that is born from the arrogance which consists in ignoring everyone who dares, not even to oppose, but just simply to ask questions. Silence is, in this sense, the refusal to recognize that the one speaking may possibly be expressing a truth, simply because the only truth that exists for a dictator is the truth of being stronger.

Then there is a second sort of silence that is widespread today, the silence of those who are afraid, the Pastors who do not dare to confront the wolves, not even when they have penetrated into the interior of the sheepfold. It was to them that we addressed our Manifesto of January 5, “Dare, Monsignor!” St. Gregory the Great in his Pastoral Rule defines wicked pastors as “mute dogs, incapable of barking” (Isaiah 56:10). “For a pastor, what is the fear of speaking the truth, if not turning his back and fleeing from his enemy with his silence?” Dictators take away the word; cowards refuse to speak. We would like to speak, but the word has been cut off from us, or better yet our word is not accepted; a wall of silence has been built against us.

CFN: What is the meaning of the silence which you are opposing to the wall of silence?

RDM: The term Acies Ordinata which we have chosen for our initiative seeks to honor the Blessed Mother, who is given this title in the Song of Songs (6:3, 9). It expresses the idea of an army arrayed for battle in a calm and orderly way. As sons and daughters of the Church Militant, we want to break the sepulchral silence of the Pastors of the Church in the face of an unprecedented doctrinal and moral crisis. Our attitude is one of opposition and resistance in which we rely not on the spoken word but on an action. Our public witness, both combative and prayerful, is actually a word. To speak does not mean to move one’s lips but rather to exteriorly manifest one’s personal faith. Words pronounced without faith and against the Faith, says Ernest Hello, are the suicide of the word. Our symbolic action is above all a profession of the Catholic Faith which seeks to restore to God that honor which has been taken away from Him. It is also an appeal to the presidents of the Bishops’ Conferences, asking that someone among them will have the courage to stand up in the synod and break the silence, speaking the truth to the Pope. If this does not happen, our silence will resound in time as a warning, expressed by a symbolic image: the image of an army arrayed for battle which is ready to fight. By thus lining up for battle the army is already fighting, and by choosing to take up arms it has already won, because we have not been asked to conquer but simply to fight. It is God who gives the victory, how and when He wills.

Translated by Giuseppe Pellegrino. Follow the demonstration in Rome online by visiting www.aciesordinata.org. 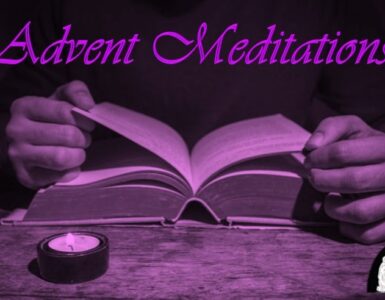 Editor’s Note: To help readers prepare spiritually for Christmas, CFN will be offering periodic meditations during Advent from Divine Intimacy, a classic volume by a Carmelite priest and master of the interior life, Fr...

This week’s Roundup contains a packed line up of inspiring stories including: Brief Election 2020 Update: Many Positive Developments in Courts and LegislaturesThe U.S. Supreme Court Rules to Strike Down Commie...

In his initial statement published by CFN regarding the massive McCarrick Report, Archbishop Carlo Maria Viganò indicated he would provide a more thorough analysis of the report that he labeled “fraudulent.”...