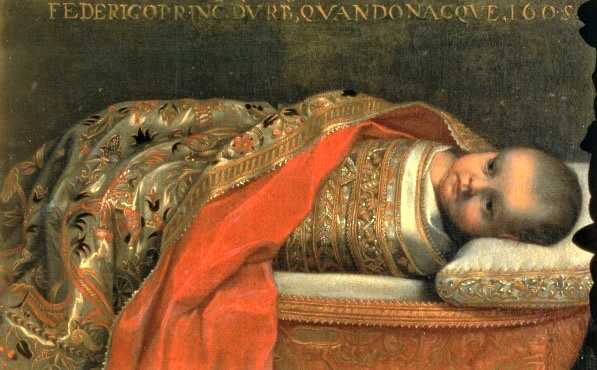 When Our Lord and God, Jesus Christ, was born on that first Christmas, Scripture tells us that He was born of the Virgin Mary at Bethlehem, known as the “city of David.” At His birth, the Blessed Mother wrapped Him in “swaddling clothes” and laid Him in a “manger” (Luke 2:4-7).

Shortly thereafter, an Angel appeared to nearby shepherds keeping the night watch over their flock. The Angel announced “tidings of great joy, that shall be to all the people,” saying: “For, this day, is born to you a Savior, Who is Christ the Lord, in the city of David. And this shall be a sign unto you. You shall find the Infant wrapped in swaddling clothes, and laid in a manger” (Luke 2:10-12).

The “city of David” and the “swaddling clothes” have much to teach us about the meaning of Christmas. First, we will reflect upon the significance of being born in the city of David.

King David was from Bethlehem, where he tended his father’s flock (cf. 1 Kings [Sam.] 17:15). The Prophet Micah foretold Jesus’ birth at Bethlehem, as he declared: “And thou, Bethlehem Ephrata, art a little one among the thousands of Juda: out of thee shall he come forth unto me that is to be the ruler in Israel: and his going forth is from the beginning, from the days of eternity” (Mic. 5:2).

Note that the Prophet Micah added the word “Ephrata” to the end of Bethlehem. Ephrata is a Hebrew word added to describe Bethlehem which means “fruitful or honored.” In Hebrew, beth means “the house” and lehem means “of bread.” So, we can say that Bethlehem Ephrata means “the honored or fruitful House of Bread,” which is a foreshadowing of Jesus giving us His Sacred Body as food in the form of Bread in Holy Communion.

This symbolism of Jesus as the “Bread of Life” (John 6:35) is emphasized by the fact that the Divine Child Jesus was placed in a manger after His Birth. A manger is a box-like structure which contains food for livestock. From the very beginning, God was preparing us to receive the Body, Blood, Soul, and Divinity of Christ as Spiritual Food in Holy Communion.

As the long-awaited Messiah, Jesus fulfilled the prophecy that He would be from the house of the legendary King David. We have two genealogies in the Gospels that trace Jesus’ lineage to King David (cf. Matt. 1:1-17 and Luke 3:23-38). Thus, it is fitting that the newborn King of Kings would be born in the city of David, Bethlehem. At the Annunciation, the Angel told the Virgin Mary that Her Child would be given “the throne of David His father … and of His Kingdom there shall be no end” (Luke 1:32-33).

If you were to visit the Upper Room in Jerusalem, where the Last Supper was held, you would find that the Tomb of King David is on the first floor of the same building where the First Mass was offered by Our Lord on the second floor. As at Bethlehem, the Son of David, Jesus Christ, is linked in history with King David, as well as with the theme of Our Blessed Lord as the “Bread of Life.”

Now, in regards to the “swaddling clothes,” it was a custom at the time of Jesus for a newborn child to be placed on a square sheet of cloth and then wrapped with ribbons of winding cloth which prevented the infant from hurting himself by scratching or kicking himself.

It is said that the priests of the Jewish Temple would set aside ribbons or strips of their used, specially embroidered liturgical vestments to be given for the use of their expected Davidic King, the Messiah. It is speculated that Zachary, the father of St. John the Baptist, who was a priest of the Temple, gave these special strips of his priestly vestments to the Blessed Virgin Mary at the time if Our Lady’s Visitation to his wife, Elizabeth. At that time, Elizabeth recognized the Virgin Mary to be “the mother of my Lord” (Luke 1:43). Thus, even as a babe, the Divine Child Jesus would be clothed in Priestly Vestments, as our Eternal High Priest.

King David was a shepherd in Bethlehem. Jesus Christ, the Good Shepherd, was born in Bethlehem. Likewise, the shepherds tending their sheep at Bethlehem the night when Jesus was born were no ordinary shepherds.

There is a tradition that tells us that the shepherds at Bethlehem, not far from the Temple in Jerusalem, were the ones responsible for providing the “lambs without blemish” for the Passover sacrifice. The selected new-born lambs were wrapped in swaddling clothes by these special shepherds and placed in mangers apart from the other sheep to protect them from any possible blemish.

Thus, when these shepherds, guided by the Angel to the new-born King of the Jews, saw Jesus dressed in royal swaddling clothes and lying in a manger, they would have recognized Our Lord as the sacrificial “Lamb of God,” of Whom John the Baptist would say: “Who taketh away the sin of the world” (John 1:29). They also would have recognized Him as the King of Kings, the Messiah, being born in the city of David, as foretold by the Prophets. Like the shepherds’ sacrificial lambs, Jesus Christ, the Lamb of God, was born to die as a Sacrifice; the ultimate Sacrifice for our sins and “for those of the whole world” (1 John 2:2).

And so, now we can better understand why it is written in Luke’s Gospel that: “… the shepherds returned, glorifying and praising God, for all the things they had heard and seen, as it was told unto them” (Luke 2:20).

Let us never forget that just as it was ordained from the beginning of time that the Second Person of the Blessed Trinity, Our Lord and God Jesus Christ, would be born in a manger in Bethlehem and wrapped in swaddling clothes; so too was it God’s eternal plan for our salvation that the same Lamb of God would suffer and die on the Cross as the ultimate Sacrifice to God the Father at Calvary. This Sacrifice is re-presented at each and every Holy Sacrifice of the Mass. And, know also that the word “Christmas” is an abbreviation of “Christ’s Mass.”

Thus, firmly grounded in our One, Holy, Catholic, and Apostolic Faith, I and our family at Catholic Family News wish all of you, your families and friends, a Blessed Christmas and a Holy New Year.