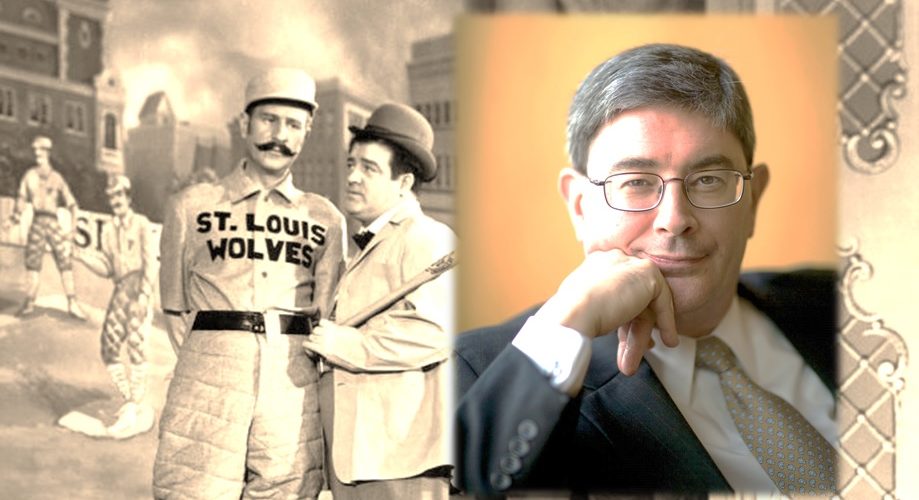 Weigel Swings and Misses – Again: The Limits of a Neoconservative Ecclesiology

Editor’s Note: Catholic Family News is honored to welcome Dr. Peter Kwasniewski as a new featured contributor. For those not familiar with him, Dr. Kwasniewski is a Thomistic theologian, liturgical scholar, and choral composer with degrees from Thomas Aquinas College and The Catholic University of America. He writes regularly for Catholic blogs and has published eight books, the most recent being Tradition and Sanity (Angelico Press, 2018).

George Weigel has built his career on walking a tightrope placed very high up in the air. The tightrope has been getting thinner and thinner, so that it is now measured in nanometers. At the same time, it has been steadily rising higher up, becoming both more dangerous and more remote. It is hard to follow the thinking of a man who has stopped thinking around the time of 1998.

The tightrope is the attempt to say that the modernized Church is a good thing, but only if and when it’s modernized properly. Since he can’t begin to get traction with popes prior to Leo XIII (try making Pius IX, pope of the Syllabus of Errors, or Gregory XVI, who condemned Lamennais, look like a cheerleader for democratic capitalism or nouvelle théologie or Dignitatis Humanae), he has to start with Leo XIII—an unlikely enough candidate, to be sure, but Catholic ignorance of Leo’s magisterium is so widespread that one can get away with quite a lot.

With this initial move in place, the strategy goes something like this. Leo XIII wanted to unleash the Church’s evangelizing power and saw that a careful collaboration with modern trends of thought and institutions was necessary. This process started timidly, and by the 1950s had not really gone very far, since the Church was still trapped within Neo-Scholasticism, Baroque liturgy, clericalism, a passive laity, and skepticism or fear of modernity. What was necessary was a breath of fresh air.

Enter John XXIII, the smiling pope. He threw open the windows to let in the (presumably fresh and not polluted) air. He announced a grand “updating” party, an aggiornamento, that would magically leave intact all that the Catholic Church already is and contains, all that she believes and teaches, while simultaneously finding new, distinctively modern ways to express it to a world panting for the Roncalli Code. John XXIII died soon into this project, being spared the worst of its failure, and Paul VI, nicely calibrated with dogmatic certitude and thoroughly modern tastes, led the Council to a triumphant conclusion. Then the nasty business began of progressives and traditionalists sniping at one another, muddying the clear waters, stalling and derailing the aggiornamento and the immense evangelistic energies it would have set free.

Thus, George. His narrative has a certain superficial plausibility to it, and I once believed it myself, at the time I was distributing campaign posters for George W. Bush and sporting the look of the young Republican. It was (ironically) a year spent reading all of Leo XIII’s encyclicals that turned my intellectual world upside down and made of me an integralist. Further study in political philosophy, especially in Aristotle, Aquinas, and MacIntyre, completed the process. It was a few years later that exposure to the Tridentine Mass would make of me a full-on traditionalist. In both cases—the political theology of the Catholic Church and her liturgical heritage—I saw that there had been an organic development leading to an ever-stronger and more coherent vision and realization of the Kingship of Christ in all domains. This is what the Magisterium once confidently proclaimed; this is what the true Roman rite continues to enact before us and within us.

From this vantage—and I’ll admit, it has taken a few decades for this countercultural way of looking at things to sink in, so contrary is it to the liberalism in which we are pickled from our youth and to the post-conciliar Church’s frantic flight from her own past—one can see several weaknesses in Weigel’s recent article at First Things, in which he promotes his new book The Irony of Modern Catholic History: How the Church Rediscovered Itself and Challenged the Modern World to Reform (Basic Books).

Weigel starts off with the familiar claim that traditionalists and progressives make the same logical blunder of post hoc ergo propter hoc, or as he reworks it with too much and not enough cleverness, “post Concilium ergo propter Concilium.” Then he asserts: “The traditionalists insist that everything was fine before the Council (which many of them therefore regard as a terrible mistake)…” I have met maybe three traditionalists in my life who think “everything was fine before the Council.” People generally have a more realistic view that doctrine was clear, liturgy was at least stable, and popular practice was strong; and they still think the Council was a terrible mistake, since it was hijacked from within by the liberal faction and turned into the ecclesiastical equivalent of the French Revolution. Remember: that Revolution started off peacefully and was taken in a bloody direction; yet we know perfectly well in hindsight that the seeds of its bloodiness were contained in the philosophy of its architects. The tight connection between the Council and its aftermath has been meticulously documented by Roberto de Mattei in The Second Vatican Council: An Unwritten Story. This, together with the avalanche of evidence in Romano Amerio’s Iota Unum, is more than enough to convince any sane person of the folly of exonerating the Council of all blame.

We can see a more fruitful and serious engagement with Vatican II in Bishop Athanasius Schneider’s new book-length interview, Christus Vincit: Christ’s Triumph over the Darkness of the Age (Angelico Press). He tells us with great honesty of his own intellectual journey, which is similar to that of an increasing number of Catholics:

“I continued to believe [as a young man] that there was no substantial problem with the Council texts. On one side, I observed the Council texts being abused by the liberals, and on the other side, it seemed to me, in those years, that the criticisms of Archbishop Lefebvre were exaggerated. It was for me impossible to think that a Council or a pope could make any mistake. Implicitly I considered every word of the Council and the pope as infallible, or at least without error. …

It was for me a kind of unconscious and total ‘infallibilization’ of the Council—unconsciously, not on the theoretical level—and of all pronouncements of the popes. I was uncomfortable when there were critics, and I did not like to follow or study the critics because I was afraid of going in a direction that would be unfaithful to the Church and to my devotion to the pope. Instinctively, I repressed every reasonable argument which could, even in the slightest, be a critique of the Council texts.

Nowadays, I realize that I ‘turned off’ my reason. However, such an attitude is not healthy and contradicts the tradition of the Church, as we observe in the Fathers, the Doctors, and the great theologians of the Church over the course of two thousand years. …

An honest examination shows that in some expressions of the Council texts there is a rupture with the previous constant tradition of the Magisterium. We have to always bear in mind the fact that the chief end of the Council was pastoral in character, and that the Council did not intend to propose its own definitive teachings.”[1]

Bishop Schneider goes on to explain how certain expressions in Vatican II documents are not merely ambiguous or awkward, but objectively erroneous and requiring correction. If you think this isn’t possible, you might want to put your assumptions to the test. Moreover, if Vatican II was a pastoral council par excellence, as John XXIII and Paul VI insisted and as Bishop Schneider reminds us, it must be judged according to its actual pastoral effects, not its utopian blueprint.

Returning to Weigel: his relish for the phrase “St. Paul VI” shows that he has not even begun to see the profound underlying kinship between Montini and Bergoglio: in many ways, they are intellectual twins, much more so than the close collaborators and friends Wojtyła and Ratzinger.

Weigel goes on to invoke Leo XIII as the first modern pope, a sort of micro-revolutionary, which is about as tenable as invoking Newman as a grandfather of Modernism. Leo XIII would have opposed the kind of aggiornamento announced by John XXIII and enshrined in the detraditionalized antiquarian reinvention of the liturgy undertaken by Paul VI. It is thanks to the rapidly canonized pontiffs of the past half-century that we now have a modern Church that bears almost no serious resemblance to the Catholic Church of the 1950s, the 1850s, the 1550s, the 1250s, or any fifties. We do not even follow the teaching of St. Paul’s letters (e.g., 1 Corinthians 11:27–29), which were written in the 50s. I wonder if this makes me guilty of nostalgia for the fifties.

Dr. Peter Kwasniewski, Thomistic theologian, liturgical scholar, and choral composer, is a graduate of Thomas Aquinas College and The Catholic University of America. He has taught at the International Theological Institute in Austria, the Franciscan University of Steubenville’s Austria Program, and Wyoming Catholic College, which he helped establish in 2006. Today, he is a full-time writer and speaker on traditional Catholicism, writing regularly for OnePeterFive, New Liturgical Movement, LifeSiteNews, and other websites and print publications, including Catholic Family News. He has published nine books, the most recent being Reclaiming Our Roman Catholic Birthright: The Genius and Timeliness of the Traditional Latin Mass (Angelico Press, 2020). Visit his website at www.peterkwasniewski.com. 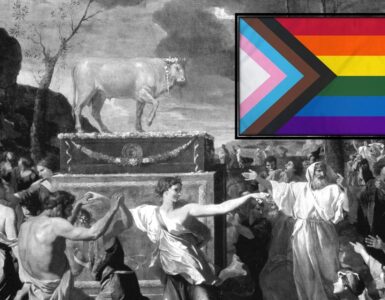 Dr. Peter Kwasniewski, Thomistic theologian, liturgical scholar, and choral composer, is a graduate of Thomas Aquinas College and The Catholic University of America. He has taught at the International Theological Institute in Austria, the Franciscan University of Steubenville’s Austria Program, and Wyoming Catholic College, which he helped establish in 2006. Today, he is a full-time writer and speaker on traditional Catholicism, writing regularly for OnePeterFive, New Liturgical Movement, LifeSiteNews, and other websites and print publications, including Catholic Family News. He has published nine books, the most recent being Reclaiming Our Roman Catholic Birthright: The Genius and Timeliness of the Traditional Latin Mass (Angelico Press, 2020). Visit his website at www.peterkwasniewski.com.