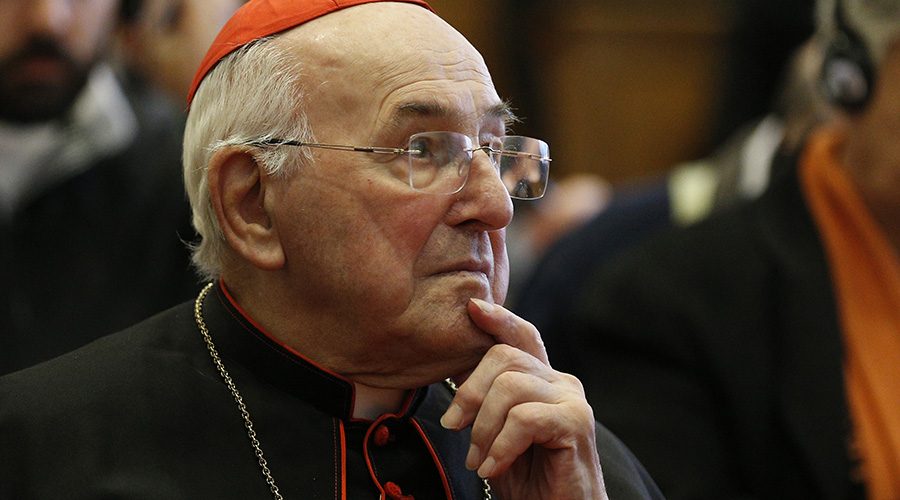 Cardinals Brandmüller and Burke Sound the Alarm on Synod, But Will They Act?

According to Catholic News Agency (CNA), Cardinals Walter Brandmüller and Raymond Burke have each written a letter to their fellow Cardinals sounding the alarm about the upcoming Synod on the Amazon, which will be convened next month (Oct. 6-27) in Rome. According to a copy of the letters that CNA claims to possess, Brandmüller told his fellow princes of the Church: “Some points of the synod’s Instrumentum laboris seem not only in dissonance with respect to the authentic teaching of the Church, but even contrary to it.” Burke’s letter is written in support of Brandmüller’s and is reported to state that he “shares completely the deep concerns of Cardinal Brandmüller on the upcoming Synod on the Amazon, based upon its Instrumentum laboris.”

Yet, the time for letters has long passed; the time for action has arisen. We have six years of history and three prior manipulated synods that preclude us from ‘hoping’ this will just work out for the best if some letters are written. This synod shows every sign of being the Communist-type parliament that the prior three were. It is packed with party men who will enact whatever the Dictator Pope has decreed will happen. The final document is likely already written and on a Vatican computer somewhere.

Only the successors of the Apostles can act to defend the Bride of Christ from the continual assaults of the enemy within the gates. The Open Letter to the Bishops called upon these men, who are charged with the gravest responsibility to defend the Church, to act. It laid out a juridical path of action. If the bishops know of a different or better set of actions to defend the Church, then by all means do so, but do something!

It is no longer enough to verbally note the need to correct these heretical documents. These men need to follow the example of the fortitude of St. Athanasius and Archbishop Lefebvre, who did not allow fear of legally invalid punishments to deter them from using their divinely entrusted authority to do more than talk. Yes, the world and secular media would likely accept the validity of the almost certain retaliation that the Dictator Pope would attempt, yet in the judgement of God such illegal laws would be no law at all (see Summa Theologiae I-II, q. 96, a. 4). The Cardinals must remember the words of Sacred Scripture and “obey God rather than men” (Acts 5:29). Words have done nothing to deter the ruthless dismantling of the Church. It is time for the only men who can save us to resist Peter “to the face” (Gal. 2:11) with actions rather than mere words, regardless of the personal consequences.