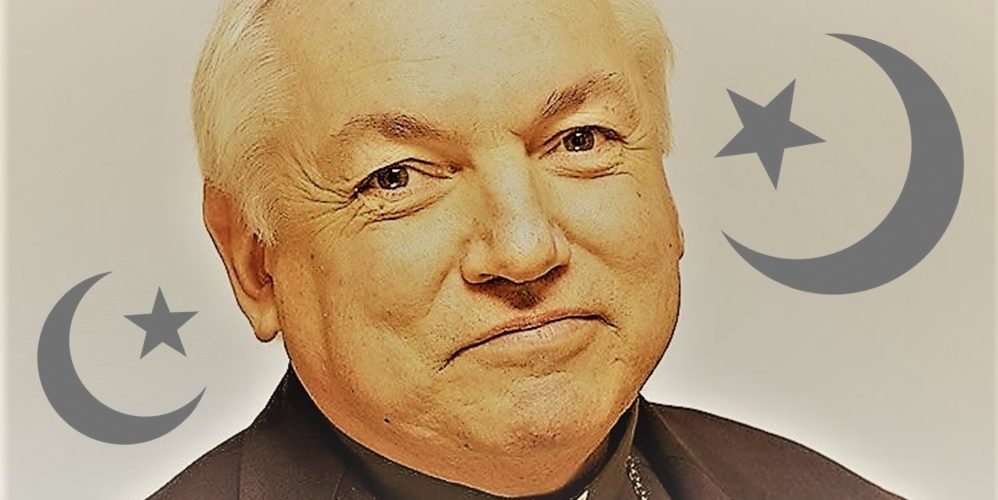 Marseille: A Pro-Islam Bishop for an Islamified City

As everyone knows by now, the Catholic Church—at least in the West—has been shrinking. Due in large part to the sex-abuse scandals, the Church has not only lost membership, but also trust. Along with the decline in numbers has come a decline in authority, influence, and respect.

Meanwhile, the world’s fastest growing religion continues to grow and spread. And, unlike the Catholic Church, Islam also appears to be growing in both influence and respect. No one worries about saying something that might offend Catholics; nobody—from ordinary citizens to giant media corporations—wants to be considered “Islamophobic,” either.

How is the Church responding to the growing disparity in size and influence between the two faiths? By cleaning out the corruption in the Church that has led to the decline in numbers and trust? By re-emphasizing the Church’s moral teaching with greater force and clarity? By making greater efforts to evangelize Muslims? Unfortunately, none of the above. Instead, Church leaders seem to have placed their bets on pursuing a syncretist approach to other religions.

Syncretism is essentially an attempt to synthesize various religions by emphasizing what they have in common and ignoring all the rest. By necessity, the syncretic approach involves a watering-down of those beliefs which are incompatible with other faiths.

The latest move in that direction is the appointment of a “pro-Islam” archbishop to head the Church in Marseille. According to Catholic journalist Yves Daoudal, Bishop Jean-Marc Aveline founded and directed a theological institute which encourages a relativistic approach to religions and puts Christianity and Islam on the “same plane.”

Marseille is approximately 40 percent Muslim and is slated to be the first Muslim-majority city in France. It is also considered to be the “most dangerous city in Europe,” primarily because of the Muslim gangs and drug dealers who control the city’s no-go zones.

Marseille is also one of those places where the sensitivities of Muslims is a matter of great concern. When it was proposed that a place be named for Arnaud Beltrame, the heroic police lieutenant who exchanged places with a hostage and was subsequently killed by an Islamic terrorist, leftist officials vetoed the plan because it might offend the Muslim population of Marseille.

Now, why would Muslims be provoked by the honoring of a fallen policeman? Precisely because they might have a higher regard for his killer, Redouane Lakdim. His actions that day were meant to obtain the release of Salah Abdeslam, the primary suspect in the Bataclan Theater attack that claimed 130 enemies of Allah. It’s hardly surprising if a certain kind of Muslim considers Lakdim more worthy of honor than Beltrame.

The refusal to honor Beltrame suggests that there’s a large gap between the values of Muslims and those of secular and Catholic Frenchmen. It suggests, too, that the Vatican’s syncretist approach will end very badly.

The reality is that Islam is a radically different faith from Catholicism. It rejects all of the basic articles of Christian faith: the Incarnation, the Crucifixion, and the Resurrection.  Moreover, Islam presents a radically different moral code. What’s the common ground on jihad? On polygamy? On child marriage? What would be the compromise, syncretic position on amputation for theft? Two fingers instead of the whole hand? And what would be an acceptable middle ground on the Islamic position that men who give their all for Allah are rewarded with 72 virgins in paradise? No more than 36?

At a time when the Church is losing both membership and authority, the syncretist approach seems ill-advised.  According to recent figures, only four percent of French Catholics regularly attend Mass on Sunday.  As a result, many Catholic churches in France now stand empty.  One top Muslim official has helpfully suggested that these churches be turned into mosques in order to meet the needs of France’s growing Muslim population.

Archbishop Aveline will have his work cut out for him if he expects Muslims to meet him halfway.  But quite probably he expects nothing of the sort. More likely, his job is to help Catholics adjust to the new reality in France—a reality that French author Michel Houellebecq convincingly captures in his novel Submission. In soon-to-be Muslim-majority Marseille, what Muslims will expect from Catholics is not “mutual respect.” It’s submission.

For some perspective on what happens when Islam is dominant let’s revisit the statement of “common heritage” issued several years ago in Iran by two Catholic bishops and two Muslim scholars. Among other things, the document affirmed that “Catholicism and Shia Islam hold a common commitment to peaceful coexistence and mutual respect.” These are high-sounding words, but the fact is that Catholics along with other religious minorities in Iran suffer from severe persecution at the hands of Shia Muslims. French bishops who are placing their bets on the common ground supposedly shared by the two faiths ought to take note. Apparently, from the Iranian side, the document was viewed as little more than good publicity.

American bishops should also take heed. One of the two prominent American prelates who signed the document in Iran was none other than Theodore McCarrick. Did he really believe the bit about “peaceful coexistence and mutual respect,” or was he merely echoing sentiments that he knew would please the world press?

Dig a little and you’ll find that many of the bishops who covered up for McCarrick et al. have been active in covering up the truth about Islam as well. A quick scan reveals that at least a half dozen of those named in Archbishop Viganò’s letter as being involved in the abuse cover-up have also served as apologists for Islam. Pope Francis, of course, heads the list. If Archbishop Aveline can be described as a “pro-Islam” archbishop, Francis can certainly be described as a pro-Islam pope. Another prime example is Cardinal Blaise Cupich, who co-chairs the National Catholic-Muslim Dialogue. In that role, he has made numerous McCarrick-like statements about the peaceful and beneficent nature of Islam.

Does he—along with Francis and the other Islam-friendly bishops—really believe in the peaceful, tolerant nature of Islam? Or are their feel-good statements merely a convenient way of kicking the Islam problem down the road, just as they continue to avoid coming to grips with the problem of clerical sex abuse?