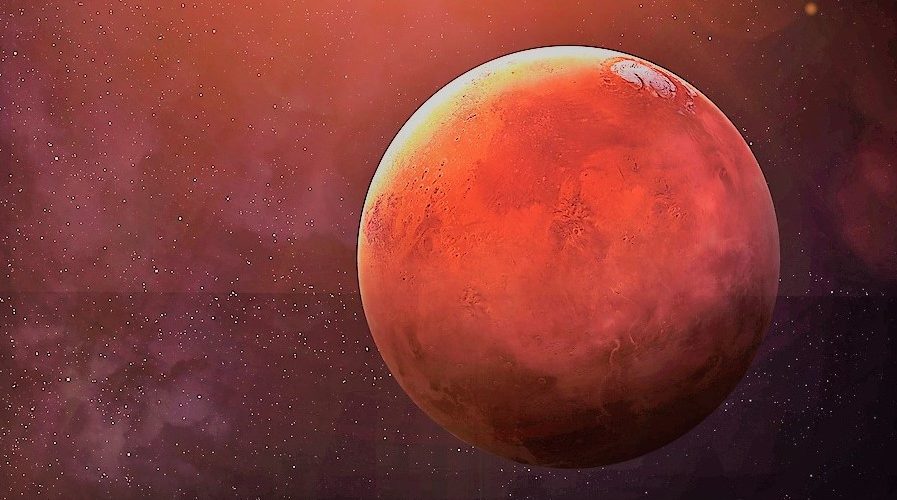 Will Mars Get Its Own Bishop? Apollo 11 and Future Space Endeavors

The heaven of heaven is the Lord’s: but the earth He has given to the children of men.– Psalms 113:24, Latin Vulgate (Douay-Rheims Version)

Like most other Americans of my age (Baby Boomers), I took time recently to recall and fondly reminisce about the historic Apollo 11 mission to the moon, 50 years ago this month. As the decade of the 1960s was about to close, this monumental achievement of American technology and engineering was a welcome diversion from the other news highlights of the era – a badly executed and unpopular war in Vietnam, increasing racial unrest and violence in America’s streets, and the explosion of the sexual revolution, just for starters. For one prominent Catholic, Senator Edward Kennedy of Massachusetts, the actual moon landing by Neil Armstrong and Buzz Aldrin on July 20 had the serendipitous effect of overshadowing his scandalous conduct at Chappaquiddick Island just one day before.

With the success of Apollo 11 and five follow-on moon landings, the United States effectively awarded itself the gold medal in the so-called “space race.” The scrappy and ingenious Americans, armed with their religion and their democracy, had defeated the godless Communists in an unprecedented battle for global prominence and prestige. However, as the Apollo program closed in 1972, the enthusiasm of Americans for space exploration understandably waned considerably. Follow-on programs such as Skylab, the Space Shuttle (an impressive 135 missions with re-usable vehicles), and the International Space Station may have set records for distances and longevity, but they failed to generate the excitement of seeing a fellow American bounding over the forbidding terrain of an alien celestial body. Fifty years on, the only 12 men who have walked on the moon are Americans.

Since its creation under President Eisenhower, America’s space program has been responsible for a dramatic increase in our knowledge of the universe, its origins and future. Additionally, NASA has spawned a large number of inventions and spin-off technologies which have benefitted everyday life here on earth. To mention only a handful, we can list CAT scans, cell phone cameras, cordless power tools, joy sticks and computer “mice,” wireless headsets, memory foam, and water purification systems. (I still recall my astonishment, as a young college student wandering through Europe in 1970, during my visit to Munich’s famous Deutches Museum, the world’s largest museum of science and technology. Astonished not so much by the vast array of inventions, but that so many of them were developed in the United States.)

Despite these many advances, we must recall that NASA is, in the final analysis, a government bureaucracy whose principal goal is to perpetuate itself. Thus we learn that NASA now proposes to “go back to the Moon in 2024 – this time to stay – with the U.S. leading a coalition of nations and industry.” Looking beyond that, NASA Administrator Jim Bridenstine has strongly hinted at a manned mission to Mars as early as 2033. Apollo 11 astronaut Buzz Aldrin has called for a “permanent migration” to the moon and to Mars, declaring almost darkly that the “survival of our species” may be at stake, so “we explore or we expire.” In the enthusiasm of the moment, others are chiming in to endorse new manned missions. A former Bush undersecretary of defense has stated that “it’s long past time to restart our race to boldly go where no man has gone before,” apparently because we haven’t been there (i.e., the moon) since 1972.

At the risk of spoiling the party (and suspecting that my opinion will be ignored), I am not in favor of further manned exploration of space, for a variety of reasons. First is the prohibitive expense. The original effort to put men on the moon, over a 13-year period, cost about $28 billion. That’s nearly $300 billion in today’s dollars. A similar manned program to Mars in the 2030s, with admittedly many unknowns at this early point, would be well in excess of one trillion dollars. That’s a huge additional burden on the citizens of a nation whose national debt now stands at 22 trillion dollars.

A second reason is the tremendous advance in robotics technologies over the years, which has allowed artificial sensors and machines to do more of the scientific exploration and data collection without an astronaut on the scene. The scientific experts seem to agree that there is a need for both, with men and machines complementing each other (see here for a balanced article). However, the farther we roam from planet earth, the better the machines look. The array of “life support” systems (food, water, oxygen, controlled temperature, etc.) for a human in space adds tremendous complexity and cost to every manned mission. (These things are free gifts to us from God our Creator, as long as we remain where He placed us as an act of divine providence.) However, even as NASA searches for missions other than the monotonous orbiting of planet earth, the cadre of astronauts remains its foremost public relations draw for audiences ranging from Congressmen to school kids. As NASA administrators know well, New York City doesn’t throw ticker tape parades for robots.

A third reason, which I only suspect, is the law of diminishing returns on the application of space technology to life here on earth. The invention of freeze-dried food or infrared ear thermometers, for example, will likely not be improved by a manned mission to Mars or even another moon mission. Likewise, NASA’s continuing research, such as on harnessing solar energy, does not appear to be dependent on more manned missions after some six decades of testing and development.

To justify their position, space “hawks” cite an old argument which was used in the 1995 film Apollo 13: “Imagine if Christopher Columbus had come back from the new world and no one returned in his footsteps.” However, that analogy begs several questions, which are conveniently not answered. First, Columbus was searching not just for a new route to the east, but for people to convert. In a letter to Pope Alexander VI outlining his plans, Columbus sought missionaries to accompany him on his journey. Columbus wrote, “I trust that by God’s help, I may spread the Holy Name and Gospel of Jesus Christ as widely as possible.” Clearly, NASA has no such intentions in outer space, if only because all scientific evidence (not to mention Divine Revelation) indicates that there are no “people” on other celestial bodies. In the tradition of Catholic explorers such as Prince Henry the Navigator and the early French Jesuits in North America, Columbus was combining a natural mission of exploration with the Christian commandment to baptize all nations (cf. Matt. 28:18-20). On the other hand, the American space program has been strictly secular in tone over the decades. The few times that a religious element appeared – the Christmas Eve reading of Genesis by the crew of Apollo 8, or the taking of “communion” by Aldrin, a Presbyterian, on Apollo 11 – it was at the initiative of individual astronauts and typically discouraged or hushed up by NASA. The emergency speech drafted for President Nixon in case of an Apollo 11 disaster on the moon failed to even mention the Name of God, blaming the catastrophe on “fate.”

There was one notable if peculiar exception to the secular tone of NASA’s manned space missions. It involved the Saudi Arabian astronaut who flew as a crew member on the space shuttle Discovery in 1985. In preparation for this momentous event, the kingdom’s Muslim religious scholars (“ulema”) faced some serious challenges in the context of Islamic tradition. How could the astronaut face Mecca when praying from outer space? How could he kneel in a weightless environment? And how could he pray five times a “day” when the shuttle was orbiting the earth every 90 minutes? Leaving aside the serious philosophical and theological errors in Islam, one can’t help but admire the misguided earnestness with which the religious leaders tried to tackle these questions. I suspect (although I hope I am wrong) that few Christian or Catholic astronauts today are bothered by similar concerns about prayer and ritual.

A second flaw in the analogy with Columbus, or even with the 1960s generation of astronauts, lies in the difference between individual heroism and institutional arrogance. Previous explorers, from Magellan to John Glenn, undeniably had the “right stuff” and were prepared to make the ultimate sacrifice for the sake of their mission. On the other hand, the notion of whole “colonies” of persons migrating indefinitely into an unnatural and hazardous environment strikes me as frankly foolish in the extreme. Some would call it tempting fate; I would call it mocking divine providence. As quoted at the beginning of this article, “The heaven of heaven is the Lord’s: but the earth he has given to the children of men.” (Ps. 113:24, Lat. Vul.; 115:16 in other translations). In contrast to Buzz Aldrin’s stark creed, the survival of our species depends on fidelity to Christ and His commandments, not daring applications of engineering and technology.

In closing, we return to our admittedly bizarre title, “Will Mars Get Its Own Bishop?” The answer, of course, is no, because the United States – and indeed most of the world – has forsaken any interest in Christian culture as an anchor of our society. Any community that might be founded on a remote celestial body will not only be taunting the divine mercy but also sowing the seeds of its own demise by its lack of core virtue.