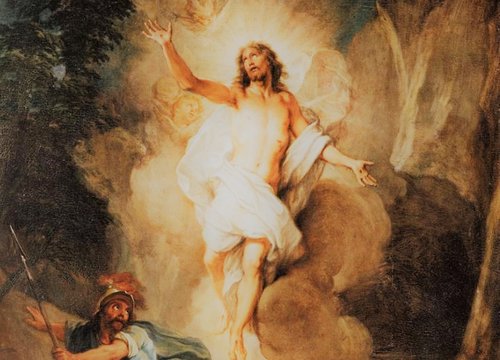 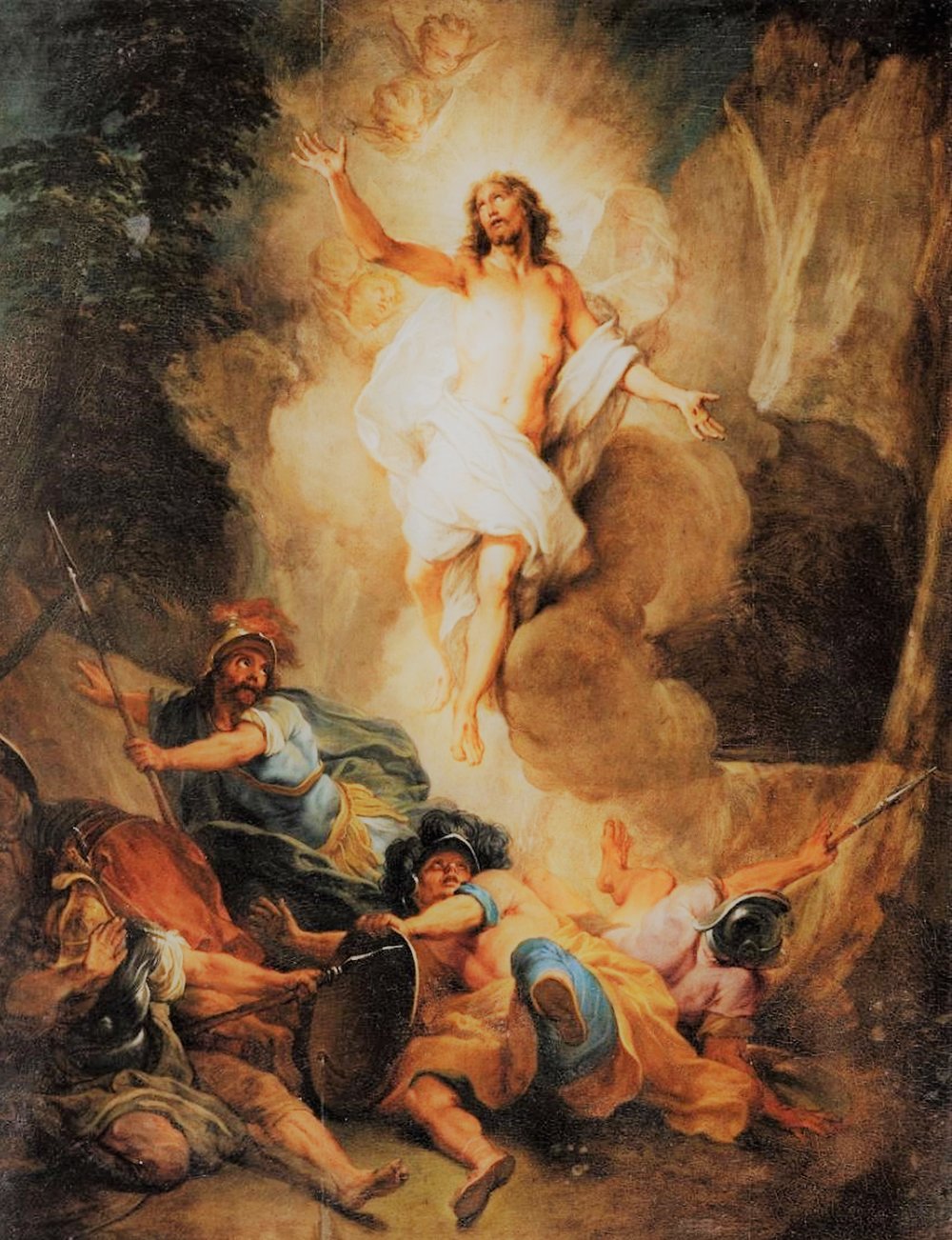 (Image: The Resurrection of Christ by Nicolas Bertin, c. 1710)

“And in the end of the sabbath, when it began to dawn towards the first day of the week, came Mary Magdalen and the other Mary, to see the sepulchre. And behold there was a great earthquake. For an angel of the Lord descended from heaven and coming rolled back the stone and sat upon it. And his countenance was as lightning and his raiment as snow. And for fear of him, the guards were struck with terror, and became as dead men. And the angel answering, said to the women: Fear not you; for I know that you seek Jesus Who was crucified. He is not here. For He is risen, as he said.” — Matthew 28:1-6

From all of us at Catholic Family News, we wish you and yours a most joyous and blessed Easter!