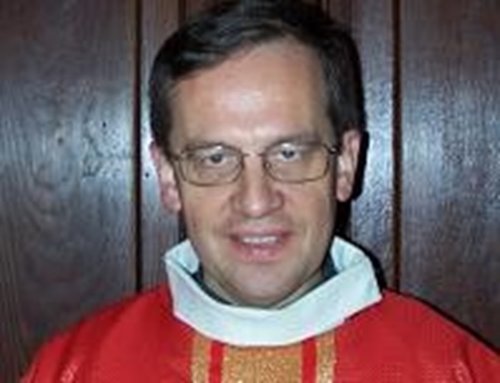 As previously reported by Catholic Family News, Pope Francis abolished the Pontifical Commission Ecclesia Dei and transferred its duties to the Congregation for the Doctrine of the Faith (CDF). The only personnel change that accompanied the restructuring was the removal of Archbishop Guido Pozzo, who had served as Secretary of the Commission and was de facto in charge of its operations. (Archbishop Pozzo was reassigned to be in charge of the finances of the Sistine Choir.)

In the last week of March 2019, the Vatican announced another personnel change within the section of the CDF that now deals with traditionalist organizations and doctrinal discussions with the Society of St. Pius X. Msgr. Patrick Descourtieux was appointed to head the work of the CDF with respect to these matters. In essence, Msgr. Descourtieux has succeeded to the responsibilities of Archbishop Pozzo, although without the title of Secretary of a Pontifical Commission.

Edward Pentin, in an article for the National Catholic Register (Mar. 30, 2019), quoted an English translation of the conclusion of a French periodical, L’Homme Nouveau, thus: “His appointment has all the appearances of being a positive sign [for traditionalist groups].”

Pentin also quoted an undisclosed source who described Descourtieux as “very sympathetic to traditional communities and the SSPX and has good relationships with them all.” L’Homme Nouveau described him as one having “exquisite kindness and great discretion.”

These positive comments are encouraging. Counterbalancing them, however, is the fact that he spent ten years in the office of the Vatican Secretary of State (1989-1999), an office (particularly during that period) which seemed to subordinate doctrine and principle to geopolitical diplomacy. It was the Secretary of State’s office that appeared instrumental in manipulating the release of the vision within the Third Secret of Fatima so as to suppress the full message in order not to offend the Russians. In addition, there appears to be very little reliable public information on Msgr. Descourtieux’s positions on doctrinal questions, in particular, the errors and ambiguities of Vatican II’s documents. Msgr. Pozzo appeared to be growing somewhat more open to valid critiques of the apparent contradictions between aspects of Vatican II and the traditional doctrine, although he remained wedded to Pope Benedict’s position that the Council could be shown to be in continuity with Tradition.

The fact that Descourtieux is a scholar specializing in the Fathers of the Church does not necessarily mean he is committed to the immutability of Catholic doctrine. Certainly, a grounding in the Church Fathers would hopefully lead one to see the continuity of the pre-Vatican II teachings with the entire history of the Church. On the other hand, Modernist Patristic scholars often engage in what Pope Pius XII called in Mediator Dei an “exaggerated and senseless antiquarianism” (n. 64). They take disciplinary or liturgical practices from the early ages of persecution (some of which were merely derrogations of laws out of necessity due to persecution) and claim to be “restoring” ancient practices, while in really they are introducing liturgical and disciplinary novelties. It is not clear at this point what type of Patristic scholar he has been.

Certainly on the practical level, it is easier to deal with someone who is sympathetic and exquisitely kind; yet, if he insists on acceptance of aspects of Vatican II which are in tension or contradiction with Tradition (even if done so in a kind manner), then we will see no real change in the relationship between the Vatican and the Society of St. Pius X. The new Superior General of the SSPX, Father Davide Pagliarani, has reaffirmed the SSPX’s priority of doctrine over a practical agreement (as recently confirmed in the SSPX’s communique following the November 2018 meeting with the Ecclesia Dei Commission).

Although certainly there are no reasons for alarm or concern with this announcement, only time will tell if it will be positive for resolving the serious doctrinal uncertainties that still plague the post-Vatican II Church.