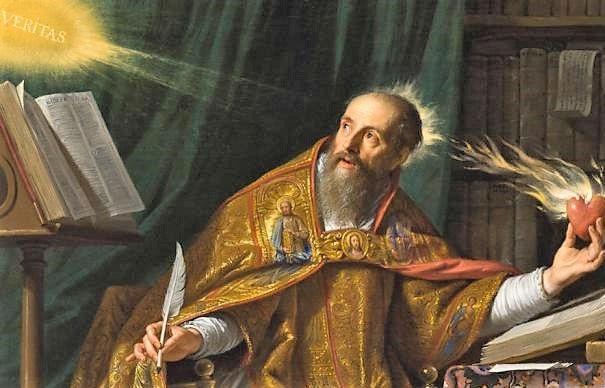 Dr. Stephen E. Lewis, former head of the English department at the Franciscan University of Steubenville, has written an article defending his use of Emmanuel Carrère’s vulgar and blasphemous novel, Le royaume, originally published in French in 2014 and translated into English in 2017 as The Kingdom.

In his piece, Dr. Lewis responds to the protest against his teaching of The Kingdom at a Newman Guide School by a fleet of writers at Church Militant, LifeSiteNews, and Crisis Magazine.

There is much that is wrong and even weird—creepily weird—with Lewis’s article. Hoping to stun his critics with the depth and breathe of his erudition, Lewis bombards his readers with a parade of modernist, postmodern, and post-millennial writers and even engages in his own postmodern logical trickery by trying to prove that it is necessary for young Catholics to be exposed to all sorts of degeneracy, sacrilege, and poisonous nihilism in order for them to grow in faith. As a coup de grace, Lewis strangely reassures his readers that all five of the students in the course are still dutifully loyal to their dear professor, and none of them as of yet report any deleterious effects of reading the pornographic and sacrilege text in Lewis’s course.

There is one line in Lewis’s self-defense, however, that deserves our special attention. In order to justify his use of “pagan literature” in his course, Herr Doktor Professor drags up a canard frequently used by badly behaving Christian educators (and their number is legion), namely, the Catholic tradition of using pagan literature for education of youth. Near the end of his article, Lewis argues, “As St. Augustine recognized in the Israelites’ plunder of the Egyptian’s gold, intelligent, well-formed Christians can profitably read the works of idolatrous pagans and put them to better use.”

Lewis here is entirely correct that St. Augustine, like many Church Fathers, did argue that Christians can use the writings of the pagans for their benefit and even edification. However, a closer examination of Augustine’s text reveals that Lewis is (perhaps deliberately) taking the quote out of context.

Lewis’s paraphrase of Augustine is drawn from the Saint’s work On Christian Doctrine (Book II, ch. 40, § 60) in which he endorses the selective and careful use of some pagan texts in Christian education. In the relevant passage, St. Augustine is specifically talking about philosophy, “especially” the philosophy of the “Platonists,” i.e., those whom we would call Neo-Platonists today. He is not referring to pagan literature or poetry, which he, in fact, warns of being potentially diabolical in The Confessions. Furthermore, the great Doctor of the Church emphasizes that whatever “is true and in harmony with our faith” can be extracted from the pagan philosophers. These portions of pagan philosophy that are usable contain “liberal instruction which is better adapted to the use of the truth, and some most excellent precepts of morality; and some truths in regard even to the worship of the One God are found among them.” By no means, however, is St. Augustine endorsing the reading of pornographic or sacrilege depictions of the Blessed Virgin Mary as contained in The Kingdom. The great doctor is not giving license to study, as Lewis and his coterie did, literature that directly challenges or mocks the Faith.

Moreover, using the narrative of the flight from Egypt, St. Augustine, the “father of the Middle Ages,” explicitly states that “all branches of heathen learning have not only false and superstitious fancies and heavy burdens of unnecessary toil, which every one of us, when going out under the leadership of Christ from the fellowship of the heathen, ought to abhor and avoid…”

Are not the writings of Emmanuel Carrère, as well as the vile work of Ernest Renan, from whom Lewis approvingly quotes in the piece, exactly the sort of literature Christians should abhor and avoid?

Why is this material being taught to undergraduates at one of the premier Newman Guide schools?

The truth of the matter is that L’Affaire Lewis is just one breach in the wall of Steubenville, which, after taking a turn from the weird world of the charismatic movement toward the solid foundation of Catholic tradition, has come under attack from LGBT-promoting denizens of Cardinal Wuerl, George Soros-funded journalists, and witches—yes, witches.

Catholic benefactors and parents of students attending Steubenville and other Newman Guide schools have an obligation before Almighty God to ensure the students at these colleges and universities are given a truly Catholic education.

Moreover, Catholic journalists are further obligated, likewise before God, to expose this evil festering throughout the Church.

Saint Michael the Archangel, defend us in battle!

Marshall and Gaspers on Querida Amazonia and Freemasons in the Vatican