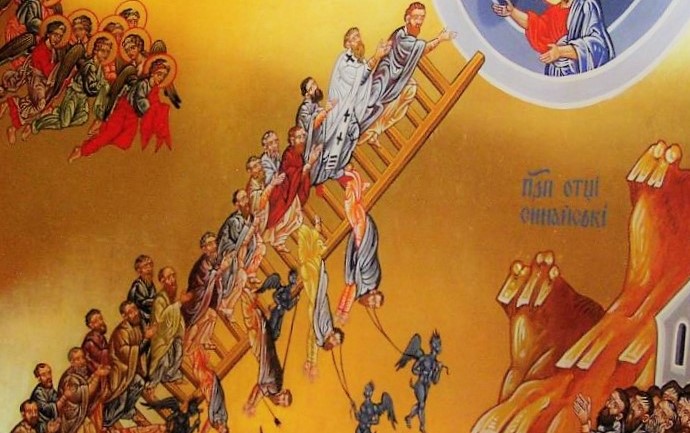 Monsignor Viganò and the Hour of Judgment

In the climate of silence and downright “omerta” which is reigning in the Church, once more Archbishop Carlo Maria Viganò’s voice has resonated. Replying to Cardinal Marc Ouellet he reiterated that the McCarrick scandal is merely the point of an immense iceberg represented by the dominance of a powerful homosexual lobby inside the Church.

I don’t want to dwell on this tragic reality. It seems to me, instead, that it is important to stress a point  illuminating  the supernatural light of Monsignor Viganò’s testimony: the reference to the responsibilities that each one of us will have on the Day of Judgment. Turning to his brother bishops and priests, the Archbishop writes:

“You too are faced with a choice. You can choose to withdraw from the battle, to prop up the conspiracy of silence and avert your eyes from the spreading of corruption. You can make excuses, compromises and justification that put off the day of reckoning. You can console yourselves with the falsehood and the delusion that it will be easier to tell the truth tomorrow, and then the following day, and so on. On the other hand, you can choose to speak. You can trust Him who told us, “the truth will set you free.” [John 8:32] I do not say it will be easy to decide between silence and speaking. I urge you to consider which choice – on your deathbed, and then before the just Judge – you will not regret having made.”

Today nobody speaks about the ultimate destinies of man, at one time called “The Four Last Things”: death, judgment, hell, heaven. This is the reason for the relativism and nihilism which is rampant in society. Man has lost the awareness of his own identity, the purpose of his life, and precipitates each day into the void of the abyss. Yet no reasonable man can ignore that earthly life is not all there is. Man is not a mass of cells, but is made up of soul and body and after death there is another life, which cannot be the same for those who have either worked for what is good or worked for what is evil. Today, even inside the Church, many bishops and priests are living immersed in practical atheism, as if  there were no future life. But they cannot forget that a last judgment awaits us all. This judgment will take place in two moments.

The first judgment, called the particular, is that at the time of death. In this instant a ray of light will penetrate the soul in depth, to reveal what “she” is and to fix forever her happy or unhappy fate. The scenario of our existence will appear before our eyes. From the very first moment when God brought us forth from nothing to being, He has conserved us in life with infinite love, offering us day by day, second by second, the graces necessary to save ourselves. At the particular judgment we will see clearly what was asked of us in our particular vocation: that of a mother, a father or a priest. Illuminated by the Divine light the soul “herself” will pronounce her own definitive judgment, which will coincide with the judgment of God. The sentence will be either eternal life or eternal punishment. There is no higher tribunal to appeal the sentence to, since Christ is the ultimate, the Supreme Judge. And, as St. Thomas teaches “illuminated by this light on its merits and demerits, the soul goes by itself to its eternal place, similar to those bodies by their levity or gravity that rise or descend there where they have to end their movement” (Summa Theologiae, Suppl. q. 69, a. 2). “This,” explains Father Garrigou-Lagrange, “happens at the first instant in which the soul is separated from the body, so that it is as true to say of a person who is dead as it is true to say that he has been judged.” (Eternal Life and the Depths of the Soul, Fede e Cultura, Verona, 2018, p. 94).

In a revelation, which, by God’s permission, a religious received from a young friend who had been damned, we read:

“in the instant of my passage I came out brusquely from the dark. I saw myself flooded by a blinding light precisely in the place where my dead body lay. It happened as in the theatre when the lights are switched off and the curtain is raised on an unexpected scene, tremendously bright – the scene of my life. As if in a mirror I saw my soul, I saw the graces trampled upon, starting from my youth until that last ‘no’. I felt like a murderer who had been shown his victim: ‘Repent? Never! – Be ashamed? Never!’ Yet, I couldn’t resist the gaze of that God Whom I had rejected. I was left with only one thing to do: flee. Like Cain fled Abel, so my soul was driven far away from the sight of that horror. It was my particular judgment. The invisible Judge said: ‘Be gone from Me!’ Then my soul, like a yellow shadow of sulphur, plunged into the eternal torment.”

The Universal and Final Judgment

However, the Divine teaching does not stop here and reveals a second judgment to us – the universal judgment, which awaits us, when, at the end of earthly things, God, in His omnipotence, will resurrect out bodies. In the first judgment the individual soul was judged. At the Universal Judgment the whole man will be judged, in soul and body. This second judgment will be public because man is born and lives in society and each one of his actions has social repercussions. The life of every human being will be revealed, since “there is nothing covered, that shall not be revealed: nor hidden, that shall not be known” (Luke 12:2). No circumstance will be omitted: not an action, not a word, not a desire. As Father Francesco M. Gaetani (The Supreme Destinies of Man, Università Gregoriana Roma, 1951), points out, all the scandals, all the intrigues, all the dark projects, all the secret sins, cancelled by memory will be made public. All  masks will fall away, the hypocrites and the pharisees will be unmasked. Those who had tried to hide the gravity of their own sins from themselves, will be confused in seeing the vanity of all the excuses they had advanced; the passions, the circumstances, the obstacles. Against them the example of the elect will give witness; men perhaps who were weaker and worn out, less endowed by the gifts of nature and grace, who were able nonetheless to remain faithful to duty and virtue. Only on the sins of the good will God draw over a merciful veil.

At the Last Judgment, the good will be publically separated from the wicked and with their glorified bodies will go with Christ to Heaven to possess the Kingdom prepared for them by the Father since the foundations of the world, while the reprobates will go damned into the eternal fire prepared by the Devil and the other rebel angels [cf. Matt. 25:31-46]. Each one of us will be judged according to the talents received, according to the role that God assigned us in society. Those who will be treated the most severely will be the Shepherds of the Church who have betrayed their flocks. Not only those who have opened the sheep-pen to the wolves, but also those who, while these wolves were devouring the flocks, shrugged their shoulders, turned their heads, raised their eyes to heaven, remained in silence and cast the responsibility, which is theirs, onto God. But life is an acceptance of responsibility and Monsignor Viganò’s testimony reminds us of this.

The words of the courageous Archbishop are a public reproach to the Shepherds who are silent. May God show them that silence is not an inescapable choice. To speak up is possible, and at times it is a duty. Yet the testimony of Monsignor Viganò is also a call to every Catholic to reflect on their future destiny. The hour of judgment that awaits us all is known to God alone. Hence Jesus says: “Take ye heed, watch and pray. For ye know not when the time is. And what I say to you, I say to all: Watch.” (Mark 13:33,37).

The time in which we live requires vigilance and calls for a choice. It is the historical hour of fortitude and confidence in God, infinitely just, but also infinitely merciful towards those who, despite their weakness, will serve Him openly.

Reprinted with permission from Rorate Caeli.