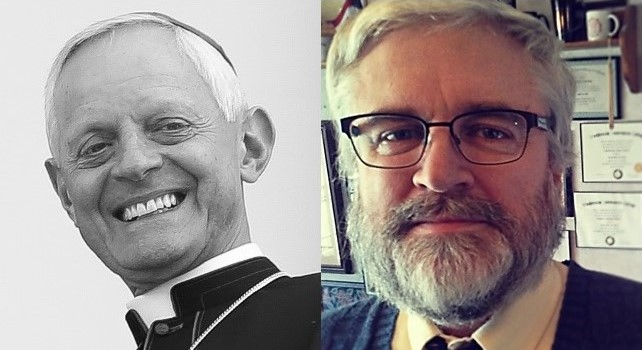 While lawyers are often caricatured as hopelessly dishonest (I don’t agree, based on the upstanding lawyers I know), and clergy are supposed to lead the way in modeling integrity (cf. 1 Pet. 5:1-4), these roles have certainly been reversed throughout the new wave of sexual abuse allegations (in many cases, revelations) that have rocked the Church around the globe over the past several weeks. (See here, here, and here for sample reports from faithful Catholic lawyers on the subject.)

Catholics in America and elsewhere (Honduras, for example) have been forced to recognize the disturbing fact (already known to some) that the Lavender Mafia is more powerful and prevalent throughout the Mystical Body of Christ than any of us would like to believe. And in the words of Professor Janet Smith, these networks of homosexual clergy must be “eradicated”. Now.

One senior “boss” in the American branch of said mafia, Cardinal Donald Wuerl (allegedly “Donna” to some), the current archbishop of Washington, D.C., has been attempting to conduct major damage control following the long-overdue exposure of his predecessor, Theodore McCarrick. A prime example of Wuerl’s efforts to downplay the “filth…in the priesthood” (Cardinal Joseph Ratzinger, Good Friday 2005) is found in a video interview he recently did with Fr. Thomas Rosica, C.S.B. at the annual Knights of Columbus Supreme Convention:

Allow me to provide a talking-point summary of the Cardinal’s remarks:

Around the five-minute mark, the conversation switches gears to connecting Amoris Laetitia to Humanae Vitae and how we need to “stick with Peter” (code for Francis) no matter what, even when he changes the Catechism, so we’ll conclude our look at Cardinal Wuerl’s remarks by asking: Does he really expect us to take his comments seriously? What universe is he living in?

Ah, yes, the one in which the heretical New Ways Ministry is promoted and rabidly pro-abortion “Catholic” politicians (e.g. Nancy Pelosi) are given Holy Communion. All this, from the same man who claims to love “Jesus and His Church” towards the end of the above video. (For anyone interested in reading the details of Wuerl’s sordid past, they can be found in Volume III of Randy Engel’s The Rite of Sodomy, available on Amazon and here.) 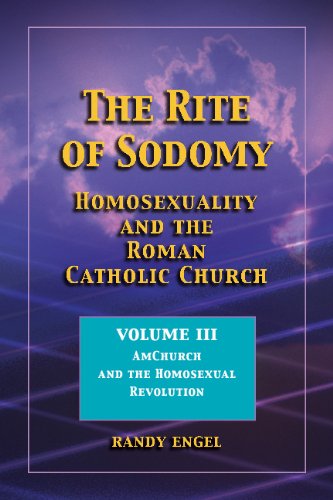 But enough about the shady cardinal. Let’s move on to the honest lawyer.

Whereas many treatments of the abuse crisis fail to acknowledge the obvious root problem – namely, homosexuals in the clerical ranks – one canon lawyer has had enough of this glaring omission. Dr. Edward Peters, a professor at Sacred Heart Major Seminary in Detroit, posted some refreshingly honest commentary late last week on his blog, In the Light of the Law, concerning this much-avoided subject:

“Homosexual acts committed by or between clerics—even among those presumably able to consent—are at the root, the very root, of the sexual misconduct and cover-up crisis exposed by the McCarrick scandal. Who on earth does not yet know that yet?

So my jaw dropped—which takes some doing these days—my jaw dropped when Msgr. Thomas Guarino, in an interesting-ish essay over at Catholic World Report, while calling for better responses against clergy sexual misconduct, wrote: ‘I speak here of crimes, not consensual adult relationships which, while sinful infractions against the commandments and the promise of celibacy, can be—and for centuries have been—salutarily treated with confession, penance and spiritual direction.’

Dr. Peters proceeds to demonstrate that, prior to unfortunate changes in the 1983 Code, canon law has always treated sodomy not only as a sin but also a crime (legal offense) with appropriate punishments attached:

“First, Guarino’s claim that ‘consensual adult relationships’ (a tired euphemism for gravely sinful conduct, but one sufficient to include homosexual acts by clergy) have not been regarded as canonical crimes for centuries, is flatly wrong. In fact, it has only been in the last 35 years, since the advent of the 1983 Code, that such ‘consensual adult relationships’ among clergy have not been treated as crimes under canon law!

‘If [clerics] engage in a delict against the sixth precept of the Decalogue with a minor below the age of sixteen, or engage in adultery, debauchery, bestiality, sodomy, pandering, [or] incest with blood-relatives or affines in the first degree, they are suspended, declared infamous, and are deprived of any office, benefice, dignity, responsibility, if they have such, whatsoever, and in more serious cases, they are to be deposed.’

Now exactly what part of “debauchery” or “sodomy”, consensual or otherwise, was not a canonical crime per the Canon 2359? And given an hour, moreover, any competent researcher could prove centuries-old roots for Canon 2359 simply by checking Gasparri’s fontes for the canon.” (Emphasis in original)

He goes on to cite a 1962 instruction of the Holy Office (now Congregation for the Doctrine of the Faith) which refers to sodomy as crimen pessimum (“the foulest crime”) and directs back to Canon 2359 of the 1917 Code.

“So, can we please put to rest the utter canard that Church did not, for centuries no less! [sic], regard homosexual acts among clerics, whatever other moral or spiritual offenses they constituted, as crimes against Church order?—a point that the McCarrick disaster proves beyond any doubt.” (Emphasis in original)

Granted, Peters has himself maintained a questionable stance on Amoris Laetitia – specifically, on the significance of Pope Francis’ insertion of his letter approving the Buenos Aires guidelines into the Acta Apostolicae Sedis (see here for Christopher Ferrara’s insightful response). Nevertheless, when it comes to the abuse crisis, he is to be commended for his honest appraisal of the facts and his willingness to condemn the unnatural lust (cf. Rom. 1:26-28) which lies at the rotten core of this crisis.

May God raise up many more honest souls – especially among the hierarchy – to speak the truth about the abuse crisis and work with great zeal to eradicate the moral filth from among the ranks of the clergy.

“Strive for justice for thy soul, and even unto death fight for justice, and God will overthrow thy enemies for thee.” ~ Ecclesiasticus (Sirach) 4:33