Open Letter to US Bishops Regarding AUSCP

The following open letter was sent this morning [July 11, 2018] to bishops of the United States.  The Lepanto Institute has created a web page with a sample letter that concerned parishioners can send to their bishops, asking them to ban the AUSCP from their diocese and forbid their priests from being members.  NOTE THIS WELL – Call to Action and the succeeding decades of liturgical abuse and heresy could have been stopped, dead in their tracks if we had the ability to conduct this kind of research and get the word out as quickly as we can now.  We have an opportunity here to stop what will in all likelihood become “Call to Action: Round 2” by stopping the AUSCP.  Please contact your local bishop and ask him to banish AUSCP from your diocese. Here again is the link to the sample letter.

In addition to this, we found that the AUSCP is acting in concert with heretical and condemned entities, such as New Ways Ministry, Dignity USA, FutureChurch, and the International Church Reform Network (ICRN).  AUSCP was even instrumental in helping the dissident Fr. Helmut Schuller find a speaking venue, contravening the expressed wishes of Cardinal O’Malley, Archbishop Chaput, and Archbishop Vigneron, who banned him from speaking in their respective dioceses.

Two weeks ago, I personally went to Albuquerque, NM to observe the AUSCP as it held its annual assembly there.  In addition to the common sight of these priests wearing rainbow pins on their lanyards and seeing the plethora of pro-homosexual literature proliferating the exhibition hall, I was able to sit in on a keynote address delivered by Fr. Richard Rohr, who denied the inerrancy of Scripture, denied the infallibility of the Pope, and claimed that Christianity was a “religion of white privilege.”

Please know that we pray sincerely and earnestly for all of you every day.

Sincerely yours in Christ,

Reports on the AUSCP:

Originally published by the Lepanto Institute. Reprinted here with permission.

Vaccine Fanaticism versus the Common Good As Part I of this series showed, even before it reaches the moral question, Prof. de Mattei’s “The Moral Liceity of the Vaccination”(MLV) fails to demonstrate a credible basis... 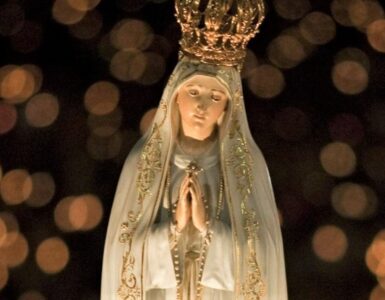