A mere seven months after the election of Pope Francis, Catholics got a peek behind the election curtain of the political machinations in the selection of Jorge Bergoglio, from none other than Cardinal Theodore McCarrick.

On October 11, 2013, the now-disgraced retired cardinal of Washington, D.C. disclosed in a speech at Villanova University that he was asked to lobby for the election of Jorge Bergoglio as Pontiff.

With his soft grandfatherly voice and disarming Irish wit, McCarrick weaved Bergoglio stories, and boasted of his close relationship with the Argentine papabile. Curiously, McCarrick described a meeting with a mysterious unnamed Italian who sought him out and urged him to lobby for Bergoglio for Pope.

McCarrick told the audience that before the cardinal electors “went into the general conversations,” he was approached by “a very interesting and influential Italian gentleman.” The influential Italian visited McCarrick at the seminary where McCarrick was staying in Rome. This “very brilliant man, very influential man in Rome” said, “What about Bergoglio? Does he have a chance?” McCarrick said he was surprised at the question, and replied, “I don’t think so because no one’s mentioned his name.”

The man said, referring to Bergoglio, “He could do it, you know, reform the Church.” McCarrick commented, “That was the first time I’d heard there were people who thought Bergoglio was a possibility in this election.”

McCarrick did not disclose the name of this mysterious “Italian gentleman” who felt comfortable enough with McCarrick to persuade him to lobby the Conclave for the election of the reformer Bergoglio and also asked McCarrick for a favor back in D.C.

McCarrick reports his response to the Italian gentleman’s encouragement to talk up Bergoglio as, “Well, we’ll see what happens. This is God’s work.” However, in his account he seems to indicate he did just that.

Although McCarrick was beyond the age to vote in the 2013 conclave, he spoke at the General Congregation proceedings before the conclave. As he explained in his Villanova talk, he seized the opportunity to lobby for a Latin American Pope, urging his fellow cardinal electors that he hoped that whoever was elected pope would be someone who, if not himself a Latin American, would “have a very strong interest in Latin America because half the Church is there . . . that’s where the people are.”

In Philip Lawler’s book Lost Shepherd: How Pope Francis is Misleading His Flock, the veteran Church reporter writes that perhaps McCarrick and another two well-known liberal prelates may have “exaggerated their own roles in the process” of getting Bergoglio elected. “But,” he adds, “there can be little doubt that a group of liberal prelates saw the Argentine cardinal as their best hope for changes in the Church. They encouraged his candidacy, and the new pontiff, an outsider now thrust into the top spot at the Vatican, quite understandably would be inclined to look to these same men for advice.” 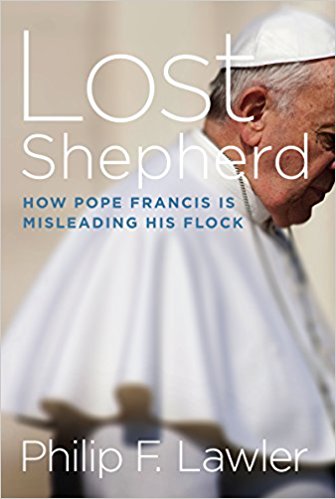 Official letters from various dioceses tell us that even before the charge of sexual abuse of a minor was determined credible it was known among the hierarchy that there were at least two payouts for sexual misconduct by McCarrick. Lawyers in the case have revealed that those incidents were with seminarians.

With his scandalous past conduct, why was McCarrick permitted to attend the Papal Conclave General Congregation proceedings to select a new pontiff? His behavior is indistinguishable from Scotland’s Cardinal Keith O’Brien, who removed himself from the Conclave proceedings when news broke about his scandalous sexual behavior with men.

Surely, the judgment and moral character of a bishop whose scandalous conduct cost the Church large financial settlements should not be involved in the selection of the Vicar of Christ.