Escaping from Motherhood: How it Destroys Society

Every woman is meant be a mother; this call to motherhood still stands even if she leaves for the cloister or remains single her whole life. If she ignores this call, it will be to her detriment and to the detriment of society. Unfortunately, we have many women trying to escape this role of mother through abortion, neglect of their children, and an obsession over professional success, to name a few.

Society no longer upholds motherhood. Not only is it becoming increasingly difficult to live off of one income to allow her to stay at home with the children even if she wants to, but, with the push of the feminist movement, the title is now grossly downtrodden, or at the very least devalued. Society says it is a woman’s right to choose whether or not she wants to become a mother. Thing is, she was born to be a mother. That is every woman’s calling. If she ignores this calling, depression, restlessness, and that terrible feeling that she lacks purpose will assuredly follow. It is her purpose, it is what she was made for. And we see it even in those who try to deny it, saying they don’t want children, hate children, etc. Yet, more often than not, they have a pet, and how do they treat this pet? Like a child. Why? Because they feel unfulfilled and empty if they cannot nurture.

A woman needs to have some sort of outlet for this immense, innate desire to nurture. She may find this outlet in teaching, nursing, or spiritually by way of prayer and fasting as a religious sister or simply as a devout single woman for the sake of saving souls. Edith Stein, who as a cloistered Carmelite nun took the name Sr. Teresa Benedicta of the Cross, died in a concentration camp during World War II. She wrote that this role as mother “extended to all people with whom woman comes into contact.” (Stein, Edith Stein Essays On Woman, p. 11). So this nurturing quality could be found in how she cares for her aging parents, even how she approaches strangers on the street. Even in unmarried women in the world that do not have the Faith, you can see this nurturing aspect or at least fragments of it. If you do not see it, if it is so terribly suppressed, the woman is more often than not bitter or, at the very least, unfeminine.

The modern thinking is inspired by selfishness, so no wonder we have many in the world claiming that a woman’s worth isn’t found in the giving of herself, but in the taking: in worldly success, in money-making, in living her life completely detached from the responsibility of caring for another. “Many of the phenomena which moderns hastily condemn are really parts of this position of the woman as the center and pillar of health,” said G.K. Chesterton (Chesterton, What’s Wrong with the World, Ch. III). As mother, as giver, she is the health of society. She is the pillar and support of her children. Much of a child’s sense of being loved comes from the love of their mother. Take away the mother, and society crumbles. The gentle and nurturing nature of a mother is what builds the child’s sense of self-worth and confidence; without her acting as a true mother, the child will likely deal with many insecurities.

Edith Stein said that “everywhere the need exists for maternal sympathy and help, and thus we are able to recapitulate in the one word motherliness that which we have developed as the characteristic value of woman.” The world needs women in sync with their maternal nature. It is this nurturing quality, this gentleness, that inspires men to be men, that inspires them to want to protect the innocent and not be so selfish. It is this wonderful, selfless quality that is so natural to a woman and which helps all those around her become less selfish and more heroic.

Many who follow the feminist agenda claim that this idea of being a stay-at-home mom is not only archaic, but basically abuse. How dare men lock up women in these homes to care for their children! How dare men expect the sole privilege of working outside of the home! The feminists claim this domestic duty of motherhood is mundane, forlorn, and uneventful. G.K. Chesterton practically laughs in the face of such claims. He said that when people talk about this domestic duty as “trivial and dreary”, he simply gives up the question, for, as he said: “I cannot with the utmost energy of imagination conceive what they mean. If drudgery only means dreadfully hard work, I admit the woman drudges in the home…But if it means that the hard work is more heavy because it is trifling, colorless and of small import to the soul, then as I say, I give it up.”

He then goes on to compare the hard work of mothers to that of men who fight in battle, to Queen Elizabeth in her kingdom, to Whiteley providing “toys, boots, sheets, cakes and books”, and to Aristotle “teaching morals, manners, theology, and hygiene.” (Chesterton, What’s Wrong with the World, Ch. III). Indeed, how can such responsibility be seen as little worth? The mother is every essential profession combined. She is cook, cleaner, teacher, psychologist, and doctor. Most important of all, through her example and instruction, God uses her as a tool to cultivate in her child’s soul the faith.

The worldly thinking is that to be a mother at home with the children limits her impact to just a small group of people; limits her creativity and drive. If a woman wants to have children, fine, let her have children, but why should she make this little family of hers a priority? Why should she choose this family of hers over her own selfish wants, over her desires as businesswoman, over her friends, over all the fun she could still have in the world?

This way of thinking is not only rooted in selfishness, but is also incredibly narrow-minded and false. “How can it be broad to be the same thing to everyone, and narrow to be everything to someone?” G.K. Chesterton once asked. “No,” he answers, “a woman’s function is laborious, but because it is gigantic, not because it is minute. I will pity Mrs. Jones for the hugeness of her task; I will never pity her for its smallness.” (Chesterton, What’s Wrong with the World, Ch. III). How foolish it is for the world to pity the mother who is everything to this child of hers! And to be the world to this child of hers ought to bring her more joy than some worldly promotion at work or a raise in pay. Why, then, should she prioritize a job or other people over this child to whom she gave birth and for whom she is responsible? Her priority is to God and her family. If she puts anyone or anything before them, she is harming not only herself, but her family, and she will not be happy because her God-given purpose will not be fulfilled.

This family unit, which has the mother as the heart and father as the head, which feminists want to destroy, holds great impact against the evils of today, which include this extreme and disgusting form of feminism that is so prevalent in our culture, this feminism that drives its leaders to spout out, “The nuclear family must be destroyed….the break-up of families now is an objectively revolutionary process,” (Linda Gordan, a feminist historian) and also, “Since marriage constitutes slavery for women, it is clear that the women’s movement must concentrate on attacking this institution.” (Sheila Cronin, leader of the feminist movement NOW) (Brown, Saving a Sick America, p. 92). If we attack the family, which is the child’s first society and which will help form them as good citizens in the world, society will self-destruct. The woman, being the queen of this family, therefore has a great responsibility to help save this self-destructing society we live in now.

Our Lady is the ultimate mother. She is a mother to the God-Man literally. She is a mother to us spiritually. Because She embraces both motherhoods, She is therefore the most perfect example for all women, in all walks of life, to look to and follow. Edith Stein said: “For an understanding of our unique feminine nature…” we must “look to the…love and…maternity of Mary. Wherever a woman functions authentically in this spirit of maternal pure love, Mary collaborates with her…whether the woman is married or single, professional or domestic or both, a religious in the world or in the convent.”

A woman has a huge impact on society as mother, just as Our Lady has a huge impact on our salvation as Mother. It was through Mary’s fiat that Our Lord came into the world. She is the Co-Redemptrix. Our Lord did not need Her in a strict sense to participate in our salvation, but He used Her nonetheless. Since Eve participated with Adam in the fall of mankind, it was only right that Our Lord allow Mary to participate with Him in the uplifting of fallen mankind. Likewise, women must try and imitate this ultimate mother, not only in Her tender care of the infant Jesus, but in the sacrifice of Herself for the sake of souls.

A woman’s “motherliness”, according to Edith Stein, “must be that which does not remain within the narrow circle of blood relations or of personal friends; but in accordance with the model of the Mother of Mercy, it must have its root in universal divine love for all who are there, belabored and burdened.” (Stein, Edith Stein Essays On Woman, p. 264). Mary does not restrict Her motherly love to just a few select souls. She does not even restrict it to those baptized Catholic. Time and time again, we see this loving mother extending Her arms to great sinners who have fallen from the state of grace. As women, we must not put limitations to our motherly love. While, our duty may be to our family, we must still pray in earnestness for poor souls, for the dying, for those living on the streets. If we know a neighbor who is sick in bed, then we should bring her a warm plate of food regardless if such a work of mercy will be returned. We must treat those suffering with the gentleness and love of a mother.

It is a very noble calling, this vocation of motherhood. A mother is, in a very beautiful and real way, a participant and a tool used by God to create and sustain life. “A woman is God’s special weapon in [God’s] fight against evil,” said Edith Stein, and how true that is! When a woman acts in accordance with her God-given nature, when she responds to her God-given calling, she combats the evil in this world. She combats it by being a mother, by loving and caring for others as a mother. 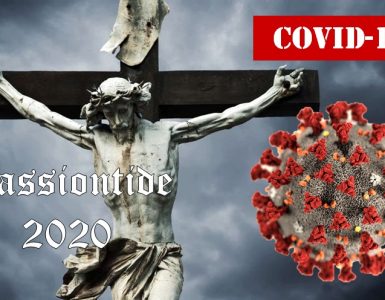 Passiontide Meditation: The Value of Suffering

Throughout this Lenten season, the coronavirus (COVID-19) pandemic has forced all of us, in one way or another, to reflect on the reality of suffering in our lives — how we choose to understand it and cope with it. For... 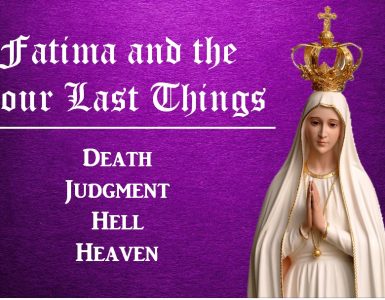