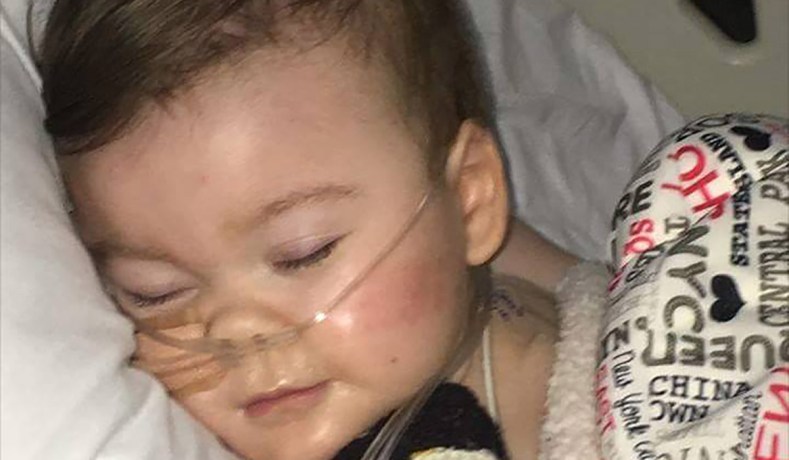 Along with millions of other concerned bystanders across the globe, I followed closely the heroic struggle of little Alfie Evans and his parents, Tom Evans and Kate James, against a hospital and judicial system bent on depriving this poor family of basic parental and human rights. Sadly, the struggle came to a tragic end over the weekend – tragic, most especially, because it could have been avoided.

Upon checking my email inbox Saturday morning (April 28), I saw a fresh update from Dr. Robert Moynihan of Inside the Vatican magazine, whose periodic “Moynihan Letters” (mass e-mailings) I receive. The subject line, “Letter #25, 2018: Alfie goes home,” immediately raised my hopes that, at long last, Alfie had finally been released from the state-imposed prison known as Alder Hey Hospital. After reading the first several lines, however, I realized that the “home” to which Dr. Moynihan alluded is the everlasting abode beyond this mortal life. Here is an excerpt of his message:

“Little Alfie passed away during the night.

His death came at about 2:30 in the morning, Liverpool time — the darkest hour of the night, the hour that comes just before the dawn…

His frail lungs breathed a final breath, and then ceased breathing…

He had kept breathing for almost exactly 100 hours from the time his breathing support machinery was removed on Monday night [April 23, 2018] at 10:17 by the hospital authorities where he was staying.

He slipped away from this world silently, without a word…

He was not yet two years old…” (ellipses rendered according to Dr. Moynihan’s original usage)

First and foremost, my heart goes out to the brave young parents who fought so valiantly but have now suffered the loss of their precious little boy. As the father of a two-year-old son myself, I can only imagine the pain, sorrow, and near “unreality” they must be experiencing.

Each of them shared the heartbreaking news with the world on Facebook shortly after Alfie’s passing:

Dear Tom and Kate, please be assured of continued prayers from around the world as you mourn the loss of your little Alfie. And try to take comfort in the truth that your son is now safe in the arms of Our Lord, where neither Alder Hey nor the UK High Court can persecute him any longer. As Dr. Joseph Shaw of Oxford University reminded us all via Twitter:

The rotten core of this tragedy was the gross violation of parental rights by “the British socialized medical regime,” as EWTN’s Raymond Arroyo described the UK’s National Health Service (NHS). During the latest episode of The World Over (aired April 26, 2018), Arroyo interviewed Fr. Tad Pacholczyk, Ph.D., the Director of Education at The National Catholic Bioethics Center in Philadelphia, who holds a doctorate in Neuroscience from Yale University (among several other degrees). During their discussion of the Alfie Evans case, Fr. Pacholczyk summed up the matter quite well in answer to Arroyo’s comments, “Are we seeing in the British socialized medical regime – parents really don’t have a decision in this process. It is the state that decides what’s in the best interest of that child.” Fr. Pacholczyk responded:

“That’s why this has struck such a chord, an international chord. This is clearly rubbing against the grain of very basic parental rights. Your ability to make healthcare decisions for your own child is under direct threat here, and everybody can see that. I mean, what these parents are requesting is in no sense unreasonable…”

Arroyo went on to ask how Alder Hey Hospital’s decision to periodically withhold “fluids, nutrition”, and oxygen after removing Alfie from life support could possibly be “justifiable”, to which Fr. Pacholczyk replied:

“And, you know, they talk about, for example, sustaining his dignity, giving him a dignified death – that kind of language. And you ask yourself, well, if that’s really the case, why won’t they feed him? Why won’t they make him comfortable with things that are very easily available to administer to him?”

And further, as Arroyo asked, “Why would the National Health Service be so belligerent and deny all of these efforts to help this child [e.g. the Italian government’s offer to airlift Alfie to Rome’s Bambino Gesù Hospital]?”

Whether it was simply a tyrannical “exercise of power,” as Fr. Pacholczyk later suggested, or that the hospital is desperately trying to cover something up, the basic answer to such questions can be summed up with one word: evil. If there had been a single ounce of “good will on the part of decision makers,” to quote Polish president Andrzej Duda, little Alfie would no doubt still be with us.

In closing, allow me to share an anonymous open letter (dated April 27) addressed to “the Catholic Bishops of England and Wales,” who scandalously chose to support the hospital and other authorities who usurped the natural rights of Alfie’s parents. The letter (full text available from LifeSiteNews, reprinted here with permission) eloquently summarizes what so many of us are thinking and feeling concerning this tragedy. May it serve to galvanize us as we continue fighting “the good fight of faith” (1 Tim. 6:12), knowing that little Alfie is now assisting us from Heaven with his prayers:

Though I can understand the desire to strike a conciliatory tone when both the stakes and emotions are running high, it is a gross understatement to call the wording of your declaration on the Alfie Evans case unfortunate, particularly given the emphasis on the apparent “integrity” of the medical staff and administrators of Alder Hey hospital.

A hospital that acts as a jail, imprisoning a child against his parents’ wishes and better judgement does not act with integrity.

A hospital that seeks a court injunction to prevent the parents from exercising their rightful duty to act in the best interests of their child does not act with integrity.

A hospital that refuses to call into question its (possible, if not likely, mis) diagnosis does not act with integrity.

A hospital that seeks to oust a chaplain who is providing spiritual solace to a family in need and administering sacraments does not act with integrity.

A hospital that refuses to consider alternatives does not act with integrity.

A hospital that requests police presence to prevent parents from exercising their lawful right to remove their child from the hospital’s care – threatening parents with a conviction of assault if they so much as touch their child – does not act with integrity.

A hospital that refuses to facilitate a meeting between its medical staff and the head of another hospital prepared to accept the child into its care does not act with integrity.

A hospital that fails to cooperate with other hospitals who send medical staff, equipment and transport to support the parents’ wishes for alternative forms of treatment does not act with integrity.

A hospital that refuses to hydrate or feed a child does not act with integrity.

More importantly — and worse than the unfortunate choice of words used in your declaration — is its abject failure to address the heart of the matter: the privileged link between children and their parents as their God-given custodians.

No mention is made in the declaration of the sanctity and dignity of human life.

No mention is made of the rights of parents as the primary educators and sole legitimate custodians of the child.

No mention is made of the primary rights of parents — not the state, or medical doctors, or conflicted, unelected magistrates — to determine what they believe to be in the best interests of their child.

Because the declaration so completely fails to uphold Catholic teachings in regards of life and the family, it ought not be considered a Catholic declaration. To label it as such is intensely misleading.

It is ever more obvious that beyond the thousands of abortions they procure annually, NHS hospitals are becoming death mills not only for the unborn, but for the living. Every parent in the UK, Catholic or otherwise, will now rightly question whether by admitting their child to a NHS hospital, their child will ever again be allowed to leave and see the light of day. That our bishops continue to ally themselves with the NHS in defending the indefensible is beyond comprehension.

Whilst you may be tempted to characterise me and others who share my views as ‘simpletons’ whose intellectual faculties are insufficient to fully grasp the ethical and medical subtleties of the case, I will reply: I know tyranny when I see it. I know oppression when I see it. I know injustice when I see it. And so do many thousands of others across the world. If our Church leaders, meaning the collective you, remain silent in the face of such tyranny, oppression and injustice, then not only do they fail in their mission to proclaim the Gospel of Jesus Christ, not only do they fail to publicly uphold the sanctity and dignity of all human life, not only do they fail to defend the rights of parents as the primary educators and as the sole legitimate custodians of their children — each one of these being individually considered a serious sin of omission — but they also become accomplices of, and indeed, active participants in, gravely evil acts.

I regret to say that with the kind of leadership — or rather the complete absence of leadership our bishops are showing — in grave public cases where a powerful public witness in defense of life, the family and God-given parental rights is not only necessary but is indeed a moral obligation, it is no wonder the flock of practising Catholics is so rapidly dwindling. For who wants to follow such shepherds? For this to occur so soon after the Charlie Gard saga, and with an essentially identical outcome — namely, the complete lack of leadership, lack of conviction, and lack of courage we are seeing from our bishops, I am afraid to say I am ashamed to be an English Catholic.

As Edmund Burke said: ‘The only thing necessary for the triumph of evil is for good men to do nothing.’

With every hope that the Holy Spirit will prompt you to put into action the prophetic words of [Pope] John Paul II: “If you want peace, work for justice. If you want justice, defend life. If you want life, embrace the truth [sic] the truth revealed by God.”

This article has been updated since publication.