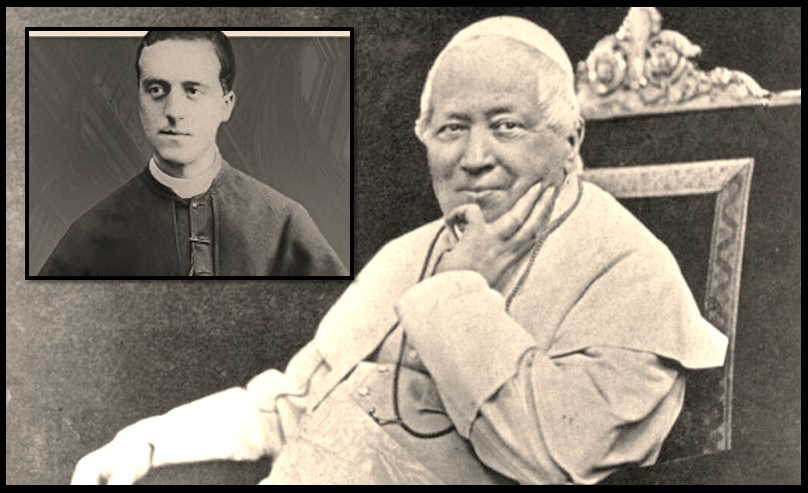 In 1858, a six-year-old Jewish boy named Edgardo Mortara was escorted by Vatican officials from his family home in Bologna. His crime? As an infant, Edgardo fell ill and was on death’s door. His Catholic housekeeper, Anna Morisi, baptized him without his parents’ knowledge. Young Edgardo survived, and was taken to Rome as a ward of the Papal States where Blessed Pope Pius IX oversaw his formation. Years later, he became a priest and, in his memoirs, defended the pontiff against international criticism.

The “Mortara Affair” captured the attention of the Catholic commentariat last month when First Things published a book review supportive of Pius’s decision. The author of the review, Fr. Romanus Cessario, O.P., a professor of theology at St. John’s Seminary in Boston, laid out an airtight case in favor of the Pope.

In his article, Cessario provided a detailed account of the effects that Baptism has on a soul. He then explained how Morisi took the correct course of action in baptizing the ailing child. Cessario proceeded to cite St. Thomas Aquinas to show that Mortara’s removal from his parent’s home at the hands of the state was justified, given their refusal to grant him the Catholic upbringing he had a right to receive.

Neoconservatives were predictably apoplectic, not simply with the essay itself but because it was published in their flagship magazine. (Interestingly enough, Fr. Neuhaus, the journal’s founder, did not think it was a kidnapping.)

Perhaps sensing that their influence is starting to slip away, given the rise of the so-called Integralist and “Radical” Catholic movements, not a few demanded First Things “disavow” the article and “reaffirm the journal’s historical commitment to the freedom of religion as understood in liberal states.”

In the weeks that followed, a well-choreographed, multi-front attack involving Catholic as well as non-Catholic writers was launched. The reason why is obvious. Defending the Mortara Affair runs the risk of calling into question Vatican II’s novel teachings on the limits of state coercion, Catholic relations with non-Catholics, the Church’s position towards the Jews, and Catholicism’s attitude towards liberalism.

One of the first arguments marshaled against Fr. Cessario was that he was defending a “statist” decision. Another accusation was that Pius failed to respect the natural rights of Edgardo’s parents over their son. Charges of “anti-Semitism” soon followed, as did a bizarre claim from Rod Dreher those who support the Pope are essentially Catholic Jihadis not that dissimilar from Islamists who kidnap children and force them to convert.

Everyone from the left-wing Commonweal magazine to Princeton Professor Robert George, a member of the Council on Foreign Relations, weighed in. The collective message was clear: the Mortara Affair was an embarrassment for the Church and a toxic stain on Catholic-Jewish relations. Those who defend it are probably bigoted towards Jews and are helping lay the groundwork for the rise of fascism in the West.

The sad, sorry, and incoherent responses Fr. Cessario’s review elicited can be chalked up to the corrosive, paranoid-inducing effects liberalism and being concerned with human respect have on the Catholic mind. If Catholics were truly convinced they had a divine duty to preach the truth in season and out of season, seeking to please God rather than man, knowing they’d be persecuted like Christ was for doing so, the Mortara Affair would be something priests and laity alike would defend instead of decry as a “monstrous” embarrassment.

Had Edgardo belonged to, say, a Hindu family, his removal would not have garnered the same attention that it has. Steven Spielberg undoubtedly would not be making a movie about it. Jewish-Catholic “relations” cannot excuse Catholics from preaching the truth about Baptism and how the Old Covenant was rendered obsolete by the death of Christ. What else can the tearing of the temple veil symbolize? Nor can they allow Catholics to go silent on such atrocities as St. Simon of Trent. If they do, and they no doubt have, they deserve to come to an end. All men, including Jews, must accept Christ. To pretend there can be unity where there exists a most profound dis-unity over the identity of Christ is to reject Scripture. “And what concord hath Christ with Belial? Or what part hath the faithful with the unbeliever?” (2 Cor. 6:15).

To ignore these hard sayings, as First Things editor-in-chief Rusty Reno did in his follow-up, penitential article after Cessario’s review was published, is to omit and pass over core Catholic teachings. It is to round off the edges of the Faith “in accord with the spirit of the age”, a practice roundly condemned by Pope Leo XIII in Testem Benevolentiae Nostrae. At a certain point, the question must be asked: What is more important to these men of letters? Good relations with non-Catholics or good relations with God Himself? To ask the question is to answer it.

Despite the capitulation First Things has exhibited since the article’s publication (Reno subsequently allowed a Brooklyn rabbi to blast the review in a follow-up essay), we should be thankful he included it in the first place. For it has shown Catholics who among them actually means what they say when it comes to ridding the Church, and world, of liberalism and who among them still think it is something worth clinging to.

It has also allowed the faithful to witness firsthand the utter lack of fortitude many so-called Catholic thought leaders possess. On the one side are the likes of Fr. Cessario and the pseudonymous bloggers who defended him, who stood with Christ and the Church’s teaching on Baptism. Such writers also upheld the Church’s traditional stance on state power and what Aquinas said about family rights. On the other side are those who, like many attendees at Vatican II, worried about what the world would think of the Mortara Affair. They paid lip service to the effects of Baptism, failed to fully explain the Church’s teaching on the family, and glossed over Aquinas. They spit in the face of their Catholic brethren and put fleeting political alliances with non-Catholics ahead of the truths of the Faith. If anything, their actions proved what John Vennari knew long ago, namely, that Liberal Catholicism is driven by a toning down of Church teaching because of what non-Catholics think so as to maintain interreligious collaboration, which leads to indifferentism.

The claim that Pius IX was a “statist” also deserves rebuke. Only a liberal would use such a term to describe a decision that, ultimately, resulted in the salvation of souls. Catholicism has no preferred form of government, nor does it view state coercion as inherently good or bad. Invoking “statism” is nothing more than a cheap debate tactic, a boogeyman thrown around by scrupulous ideologues who see almost every action taken by the state as a form of violence deserving of our hatred.

The social teaching of the Church surely condemns socialism, but it does not refuse to admit coercion is good and even necessary when it is used to help persons flourish temporally and supernaturally. There is no better use of state power than to promote the authentic common good and to keep safe the faith of those who already have it. This is precisely what Blessed Pius IX sought to do. Orestes Brownson, the eminent 19th century American Catholic thinker, defended him on these grounds. Yet to Liberal Catholics who read First Things, the fact that Mortara became a priest is of no importance. Pius violated the cardinal sin of “limited government” by removing the boy from his parents’ home. Anything that results from such a decision is ipso facto illegitimate.

Pray, dear reader, that you and I will never succumb to such diabolical disorientation. Who could imagine there would come a day when Catholics would be so horrified by the idea of a licitly baptized child being raised according to the one true Faith that they would deny essential Church teachings so not to offend non-Catholics? Surely, “an enemy hath done this” (Matt. 13:28).