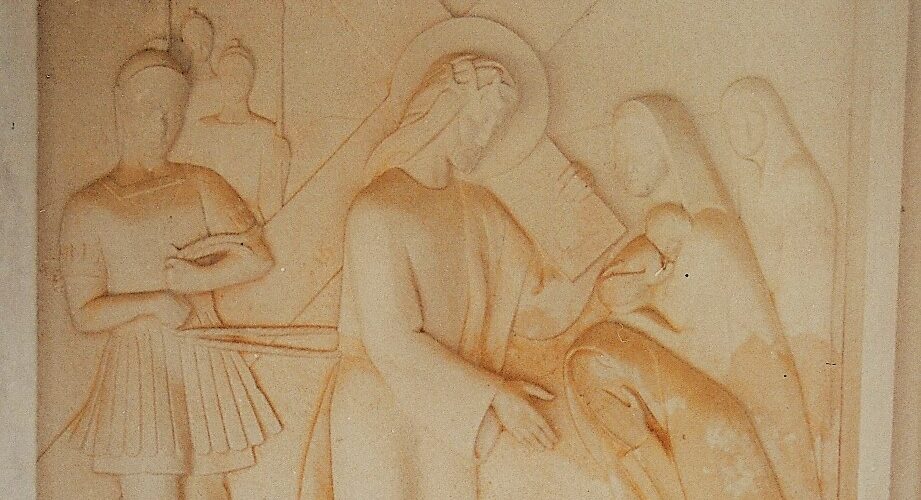 Understanding Fatima’s Stations of the Cross

One of the highlights of my Traditional Latin Mass pilgrimage to Fatima for the Centennial Year was leading my group on the monumental outdoor Stations of the Cross. They wind through the olive and cork trees of the Fatima countryside once frequented by the three Shepherd Children and their flock.

The Stations (Via Sacra) begin at the Roundabout of St. Teresa of Ourem (aka: Rotunda Sul), located where there was a pond of dirty water in 1917.  It was at this pond, used to water their sheep, that Jacinta, Francisco and Lucia themselves drank from, in a spirit of reparation for sins.  Along this Via Dolorosa, there are signs pointing to nearby points of interest, including Valinhos, Aljustrel, and the Loca do Cabeco.

Easily overlooked by most Fatima pilgrims are the small plaques in a seldom seen foreign language affixed to the base of each Station.  Inscribed thereon are the names and places of the donor for each Station.   These donors represent Hungarians of the “free-world” who, between 1959 and 1962, erected this impressive display as an expression of prayer for the fall of atheistic Communism in Hungary.

To add a deeper level of appreciation for these “Hungarian Stations of the Cross” at Fatima, I now provide you with the details and reflections for the plaques mounted to each Station.  Few have ever pondered these markers written in Hungarian since few would even attempt to translate this difficult language while meditating on Our Divine Lord Jesus Christ’s Passion and Death. 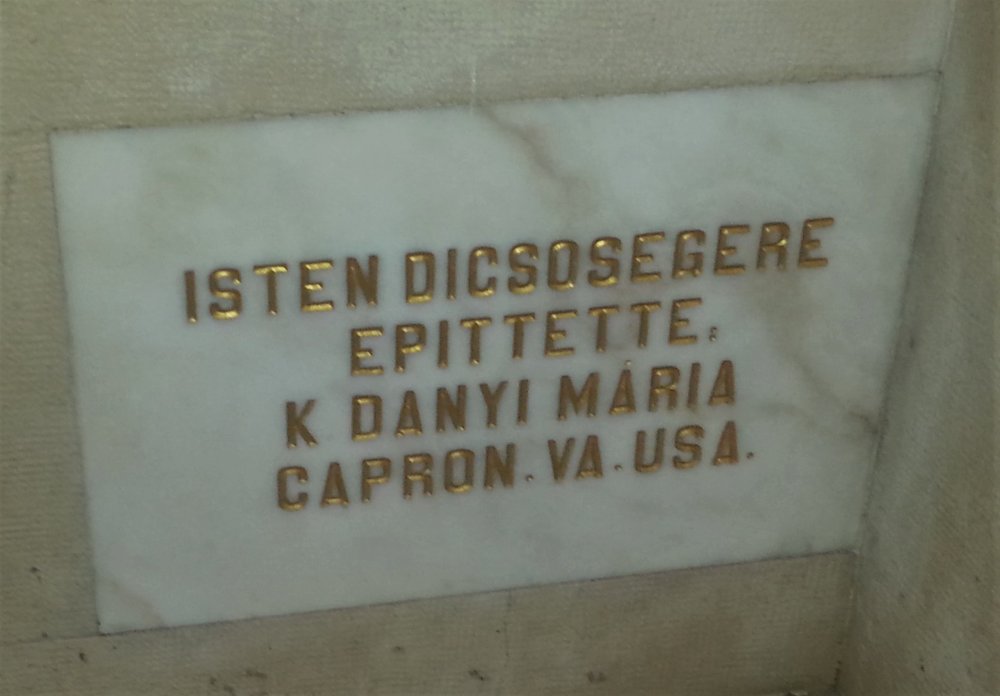 Capron, Virginia had a total population of 160 people and only 45 families in the 2000 census.   The Hungarian Stations of the Cross were not necessarily donated by people located in major centers of Hungarian refugees (aka diaspora). 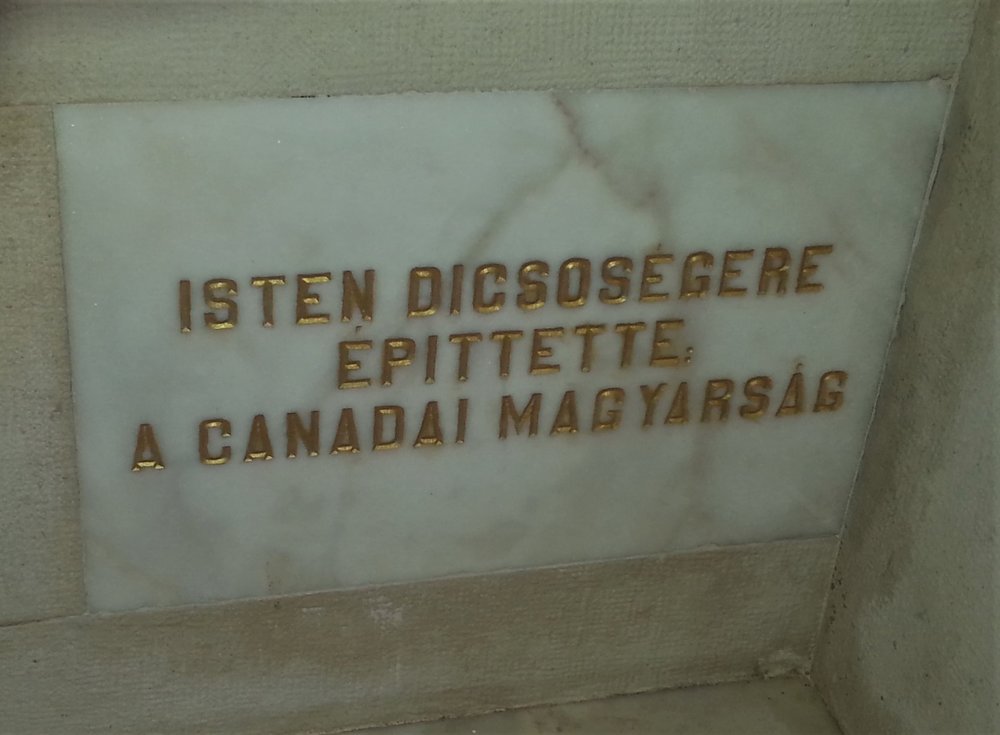 Canada is one of the top three countries of the Hungarian diaspora outside of the Carpathian Basin.  The USA is first with about 1,600,000; Canada is second with 316,000; and Israel, consisting mostly of Hungarian Jews, is third with 200,000.  Following the defeat of the Hungarians by the Soviet Union in the 1956 Hungarian Revolution, over 100,000 Hungarian refugees made their way to Canada. 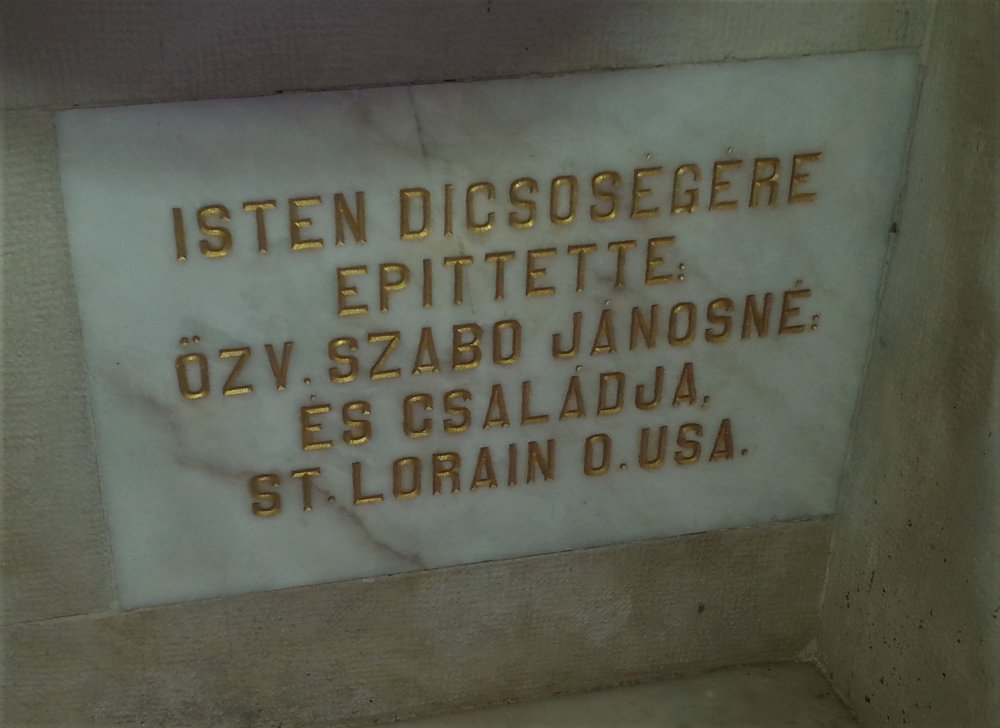 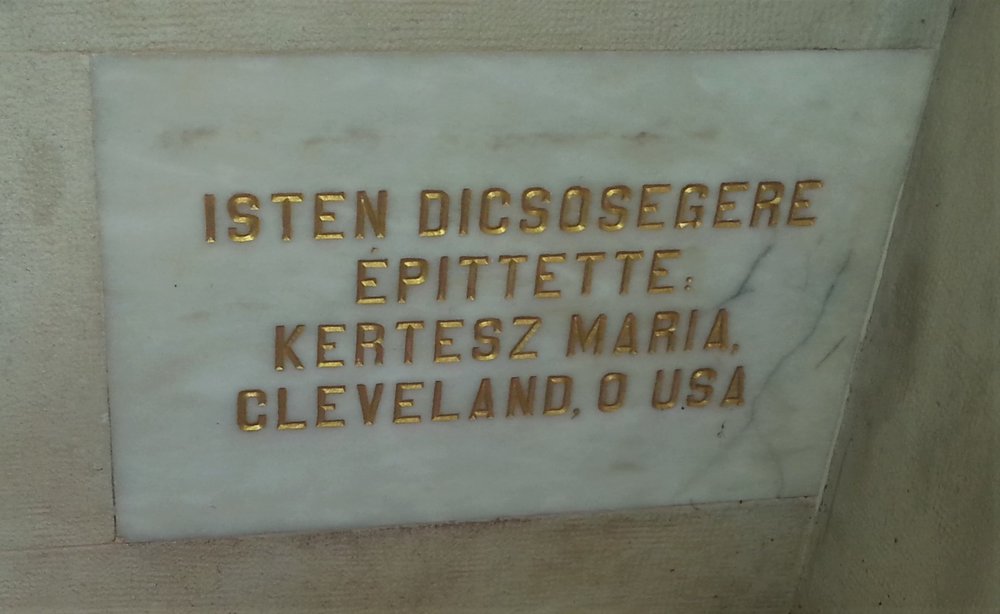 The Hungarian population in Cleveland is approximately 7,600. 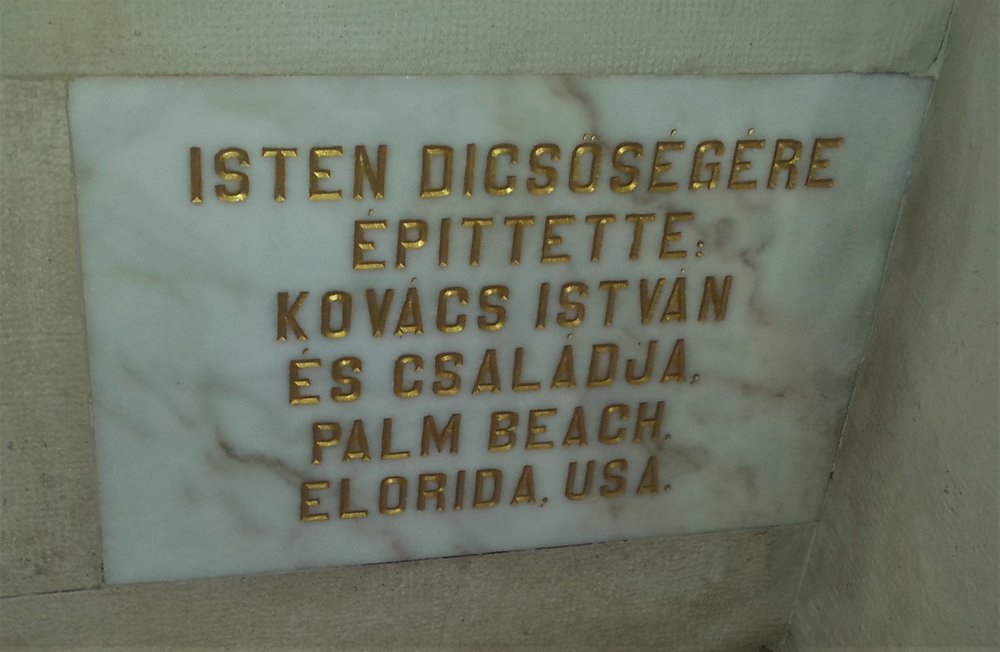 Palm Beach, Florida has an estimated 120 Hungarians.  Florida ranks as the 7th largest State with Hungarians numbered at 97,000. 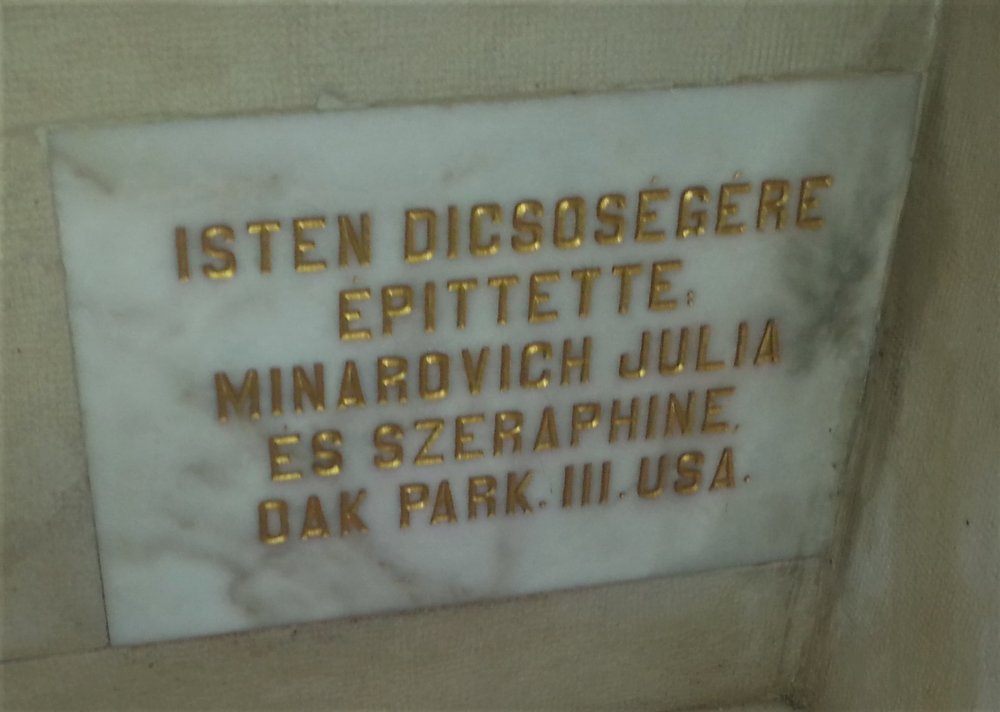 Oak Park is not far from Chicago where many Hungarians would settle. 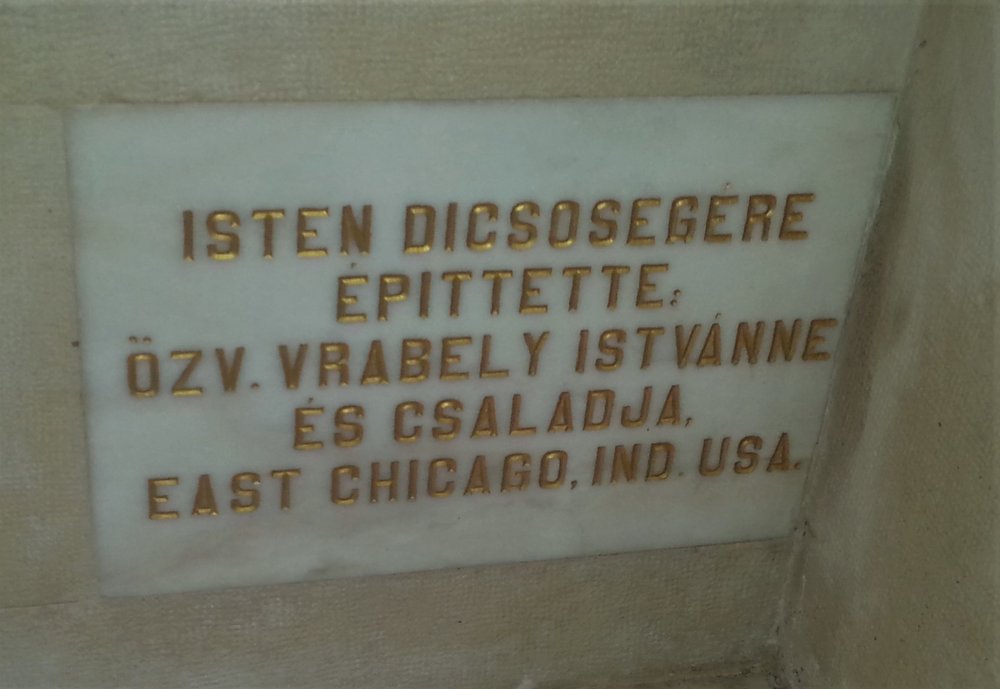 East Chicago, Indiana is located close to Chicago, Illinois.  The ‘Windy City’ is the 3rd largest Hungarian City in the USA with 8,600. 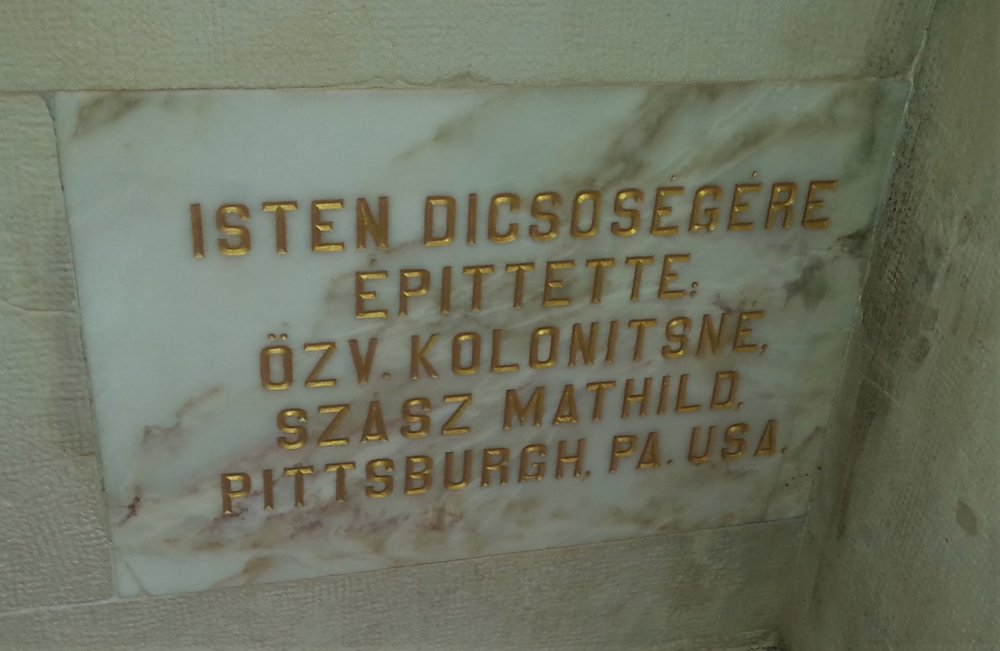 Pittsburgh is the 8th largest Hungarian city in the USA with approximately 4,000.  Pennsylvania ranks as the 4th largest State for Hungarians with 132,000. 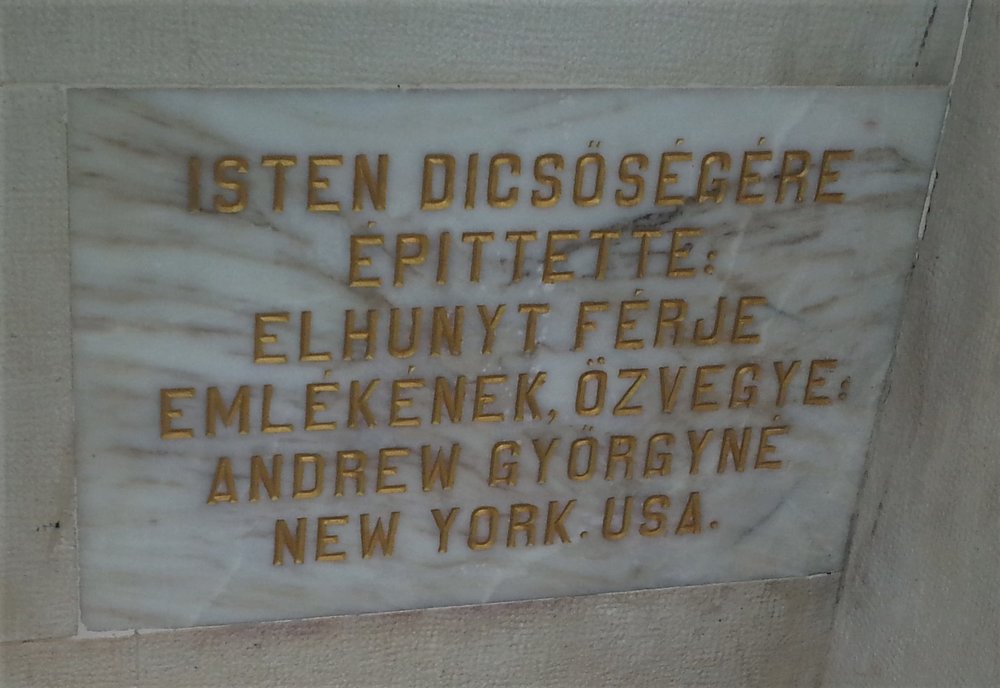 in memory of her deceased husband 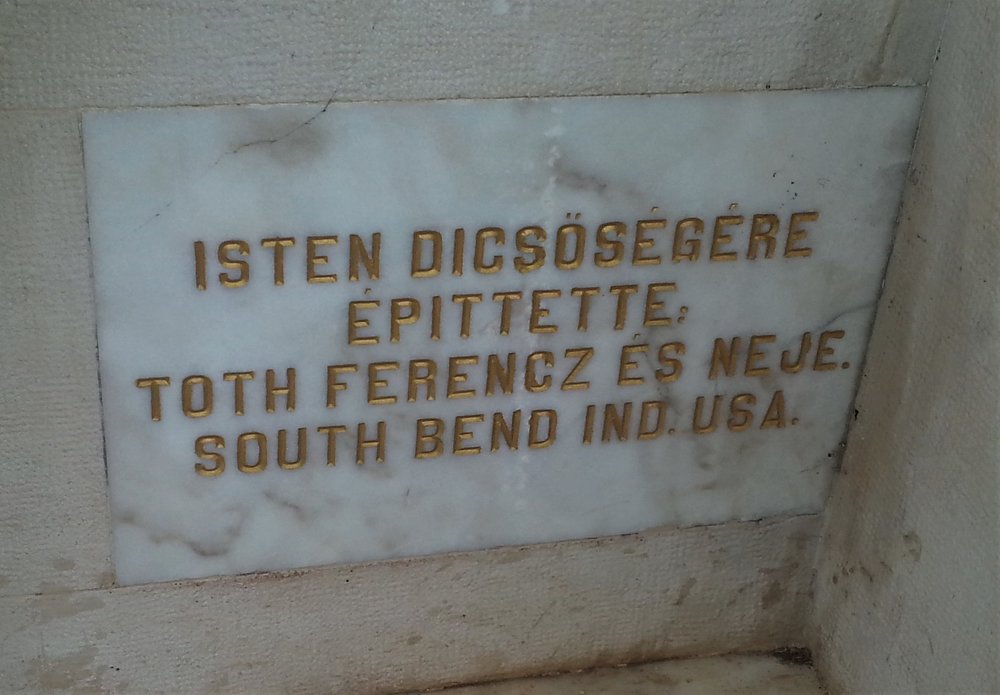 10th Station: JESUS IS STRIPPED OF HIS GARMENTS

Fereencz Toth and his wife

South Bend has the 9th most Hungarians in the USA with some 3,600. 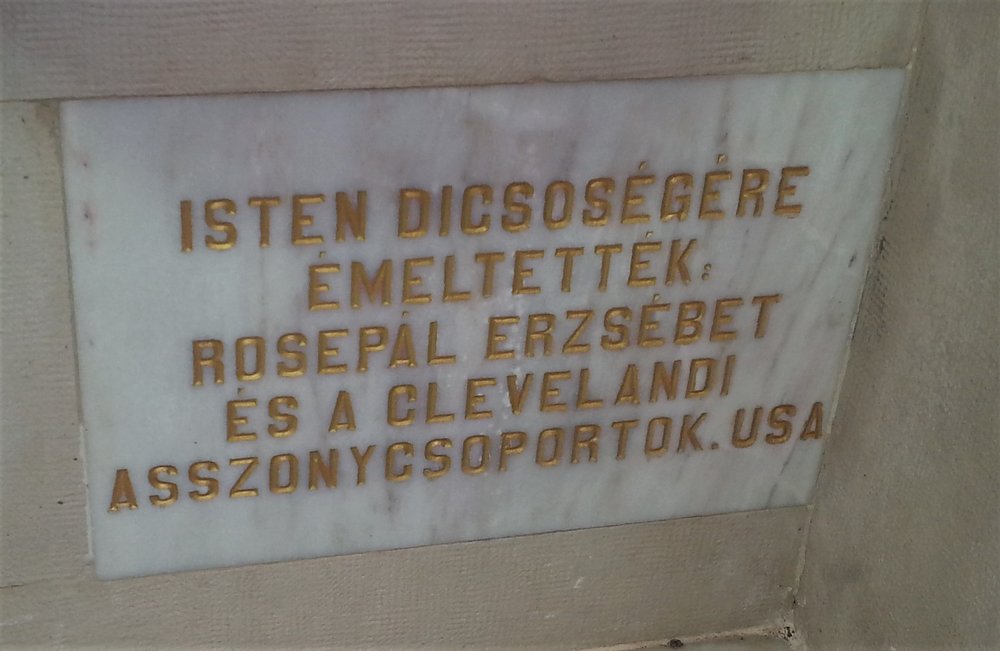 11th Station: JESUS IS NAILED TO THE CROSS

and the Women’s Groups

Cleveland is the 4th largest Hungarian city in the USA. 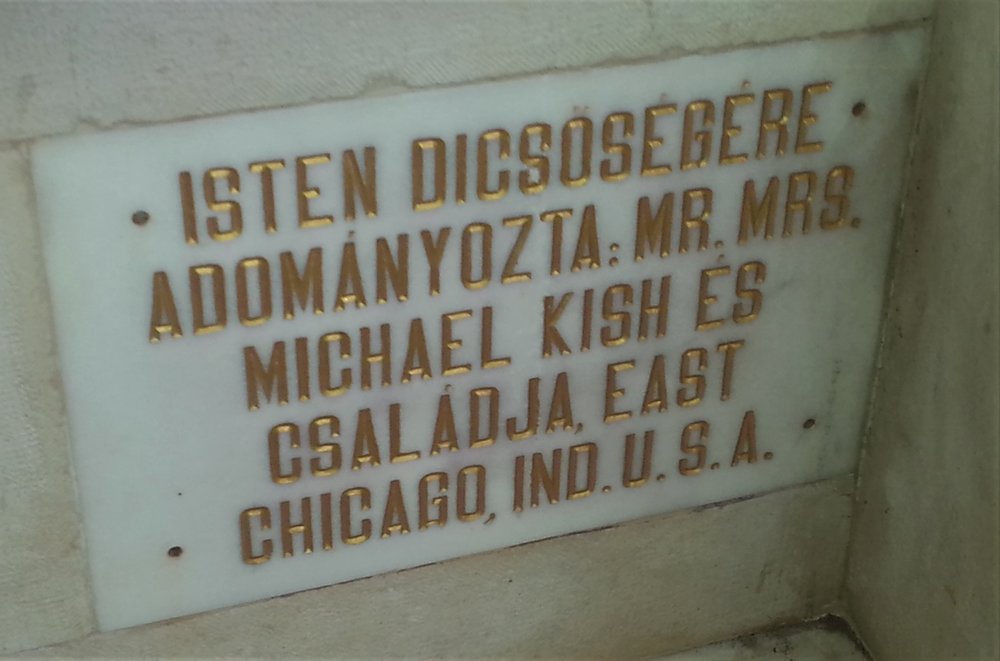 This is the second Fatima Station donated by the Hungarians from East Chicago. 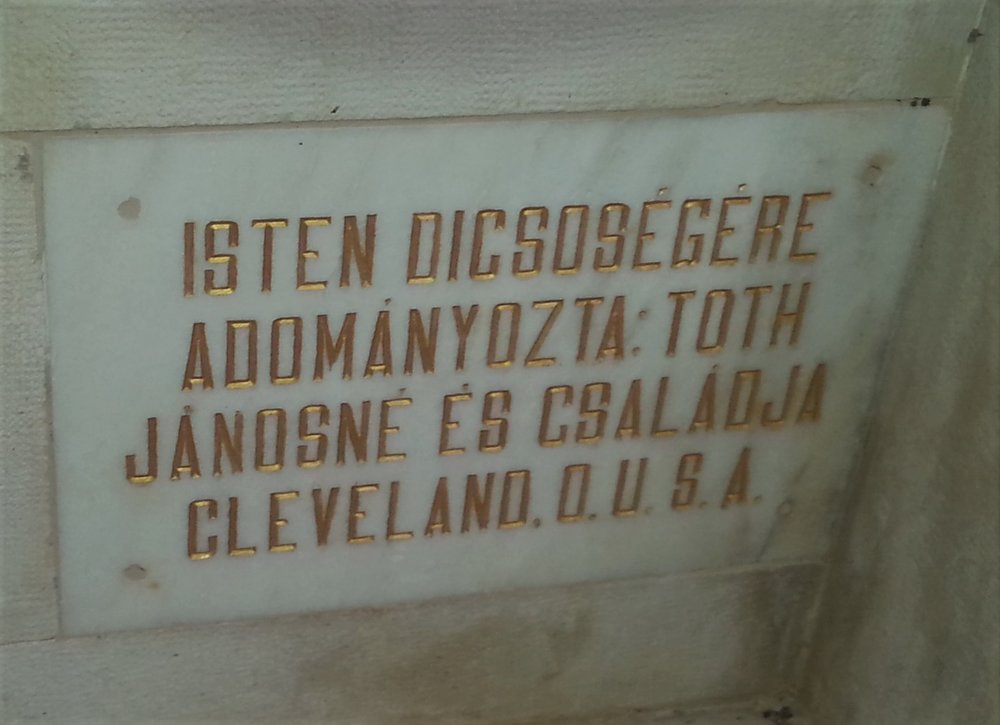 13th Station: JESUS IS TAKEN DOWN FROM THE CROSS

the Glory of God

This 13th Station is the third for Cleveland; the most of any donor cities for these Stations of the Cross at Fatima. 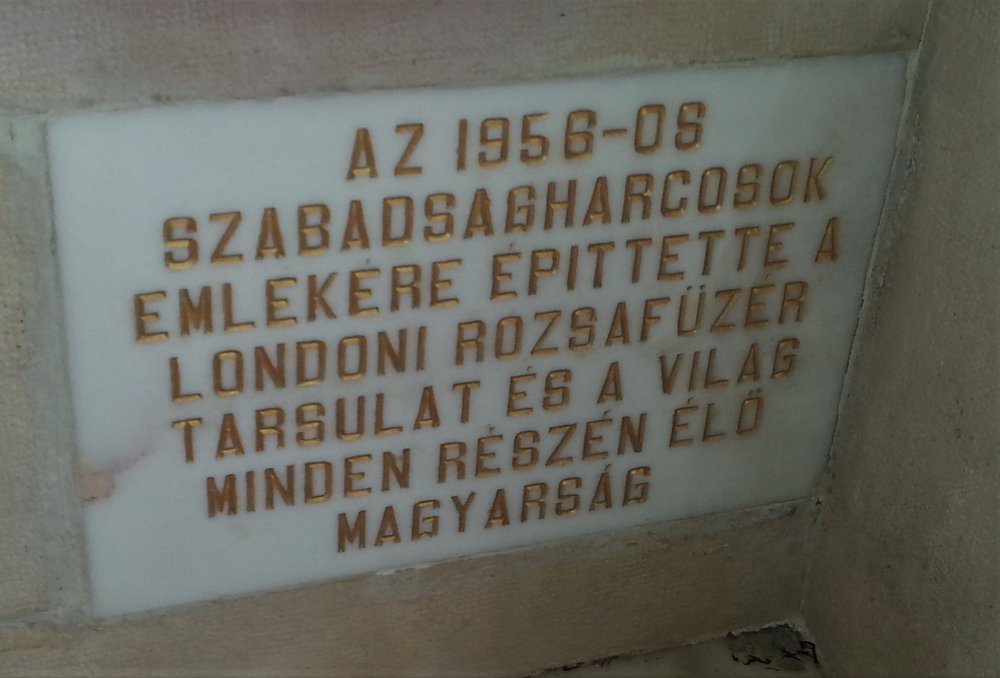 14th Station: JESUS IS PLACED IN THE SEPULCHER

Commemorating what they did

all living Hungarians in the world

This is a commemoration of the leaders of the Hungarian Revolution against the Soviet Union from October 23 to November 10, 1956.  The Hungarian flag, with a hole where the Communist symbol had been cut out, became the banner of the Revolution.  A large Soviet force put down the Revolution with over 2,500 Hungarians and 700 Communist troops being killed in the conflict.  Some 200,000 Hungarians fled their homeland at that time as refugees.

In regards to this plaque’s reference to London, the United Kingdom presently has the 9th largest number of Hungarians within its borders, numbering some 52,000.  However, the formation of the European Union in 2004 had doubled the number of Hungarians in the UK, with most seeking employment opportunities in London. 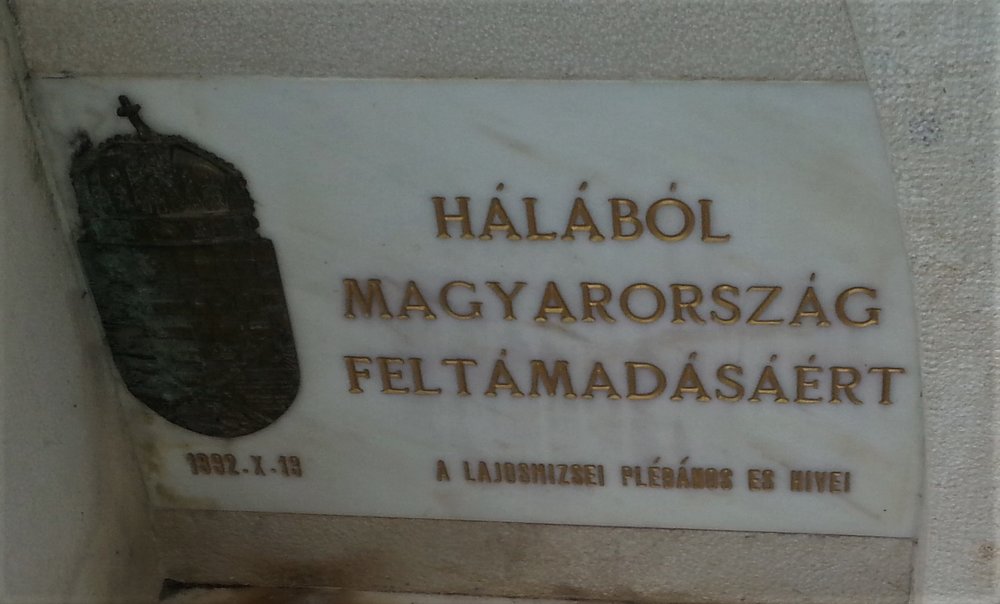 In Gratitude for the

The Parish Priest and his congregation

Traditionally, the Church has only recognized fourteen (14) Stations of the Cross. However, the pilgrim to Fatima will notice that there is an additional Station more recently added.

On the 75th Anniversary of the Miracle of the Sun, on October 13, 1992, Hungarians living in Hungary made a very special journey to Fatima. On that day, they dedicated the newly constructed 15th Station of the Cross, ‘the Resurrection,’ which they themselves had funded.   Led by their own Catholic bishops and priests, and accompanied by the Hungarian Ambassador to Portugal, these long-suffering, and now ‘free’ Hungarian faithful came to Fatima to give thanks for their nation’s ‘resurrection from the death’ of atheistic Communism.

Subscribe to Catholic Family News for more articles from Fr. Cizik. For more on the Hungarian Stations of the Cross and the Fatima connection, order a reprint of Fr. Cizik’s “St. Stephen of Hungary: Fatima and the Consecration of Russia” from the June 2016 issue.

The Spiritual Combat and Fatima: Third Week of Lent

Third Week of Lent: The New Eve “And in the sixth month, the angel Gabriel was sent from God into a city of Galilee, called Nazareth, to a Virgin espoused to a man whose name was Joseph, of the house of David; and the...

Brian McCall speaks with author, speaker, and musical and liturgical expert Dr. Peter Kwasniewski about an exciting new project to support those who attend the Traditional Mass. Benedictus is a monthly resource...