Sometime after my November 2017 pilgrimage to Fatima, a new Nativity scene was erected at the venerable Basilica of Our Lady of the Rosary. The official Fatima Sanctuary website describes it as follows (translated from the original Portuguese):

The installation of the sculptures, commissioned by the Fatima Shrine recaptures the Holy Family, and, in the figure of Mary, the sculptor depicts a heart on the maternal breast of the Virgin.

As with other works of art he has done in the past, the sculptor depicts the human figure from the standpoint of the value of archaic forms that early Twentieth Century art glorified (cf. aesthetic movements such as expressed with Cubism), and, in particular, from the perspective of the concept of masking that the sculpture calls to mind by the twists and turns of the lines which the trunk, as raw material, evoked at the moment of furrowing and carving the wood.” 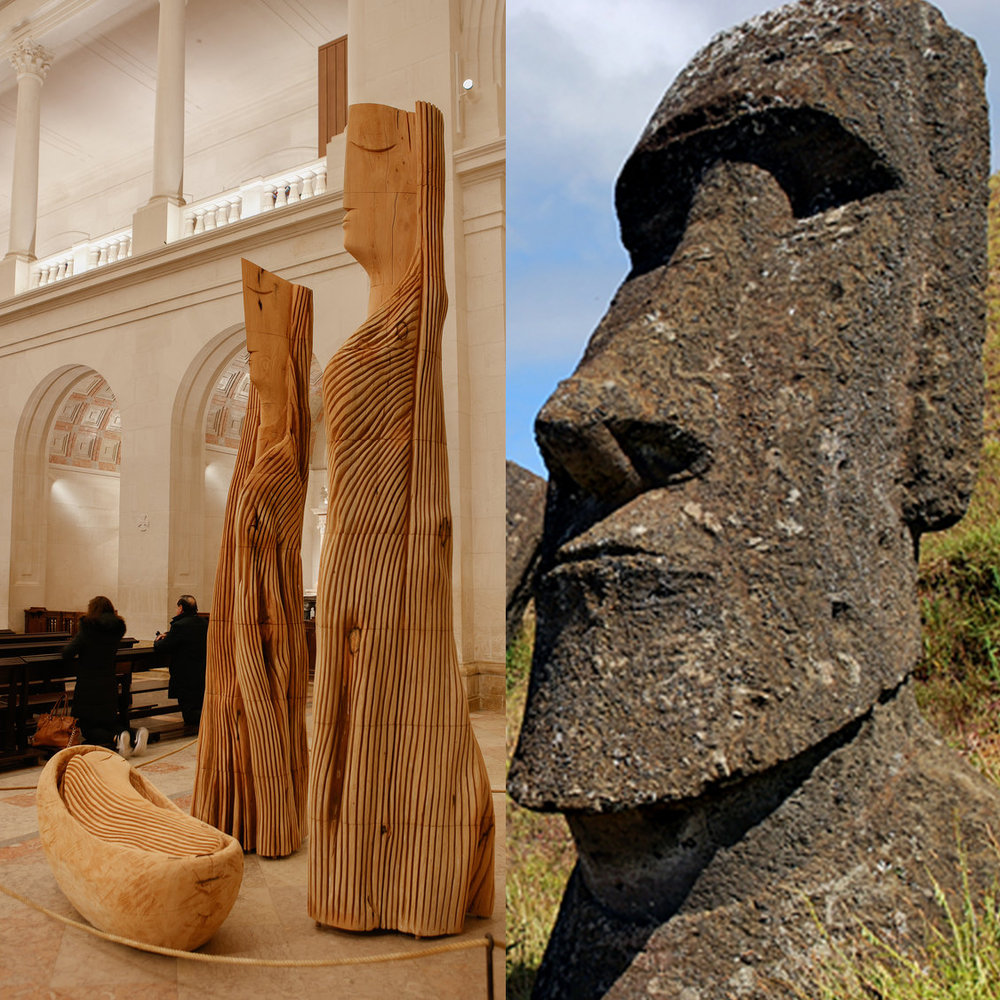 The form of art that immediately comes to mind is that of the pagan Easter Island “moai” carved on a remote eastern Polynesian island between the years 1250 and 1500 A.D. The “Fatima Moai” certainly does not integrate the Catholic patrimony of the Sanctuary of Fatima as it was prior to recent decades. However, the disturbing onslaught of “modern art” that pollutes the Sanctuary today is right in line with this outrageous new addition.

The “Fatima Moai” of the Blessed Mother and Saint Joseph can be described as feminine or androgynous. There is nothing masculine in the appearance of Saint Joseph. This gender-neutral or feminist presentation is consistent with numerous other pieces of modern art at Fatima. The attempted depiction of the Divine Child Jesus as an almost formless block of wood is far beyond traditional Catholic sensibilities.

Once again, another appearance of Modernist art at Fatima is a clarion call for us to make reparation for the “outrages, sacrileges and indifference” by which Our Lord and God, Jesus Christ, is offended.

Subscribe to Catholic Family News for more articles from Fr. Cizik on his Traditional Latin Mass pilgrimage. Read about the bizarre “crucifixes” at Fatima (“Enemies of the Cross of Christ”) and other works of Modernist art distressing to pilgrims (“Outrages, Sacrileges and Indifference”). 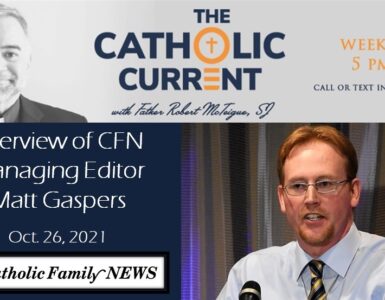 INTERVIEW: Matt Gaspers on The Catholic Current — Synod on Synodality

PDF Button Today, CFN managing editor Matt Gaspers was interviewed on The Catholic Current, a radio program produced by The Station of the Cross (see below for full audio). Fr. Robert McTeigue, S.J., host of...

PDF Button This article is featured in the October 2021 Print Edition of Catholic Family News (click HERE to subscribe; current subscribers can access the E-Edition HERE). On the evening of March 13, 2013, Cardinal Jean...